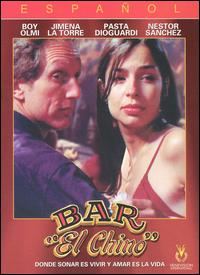 My Argentinophile tendencies notwithstanding,  I'm not sure I would have even wanted to see this movie had I been forced to rely on my own capsule summary for guidance and inspiration.  Good thing somebody else recommended the film to me first!  Martina, a 20-something TV editor, and Jorge, a 40-something independent filmmaker, serendipitously meet at the colorful Bar "El Chino" one night and shortly thereafter decide to combine forces on a low-budget documentary about the historic but down-at-the-heels neighborhood tango bar of the title.  A romantic relationship between the unlikely pair somewhat predictably ensues, only to be suddenly interrupted by Argentina's 2001 economic meltdown.  Is a job overseas worth giving up being happy at home? Whatever you make of the premise, I'm happy to note that this humble little slice of life is way more satisfying and soulful than it sounds.  Leads Jimena La Torre and Boy Olmi have a winning, believable chemistry as the tentative coworkers turned lovebirds, director Daniel Burak takes full advantage of the quasi-documentary nature of the film by including lots of low-fi audio and visual goodness spliced with interviews with fans and performers of the real-life Bar "El Chino," and the ramshackle neighborhood of Pompeya--about as far off the tourist Buenos Aires map as they come despite being one of the birthplaces of tango back in the days of Gardel--emerges as the cultural ground zero for a surprisingly affecting discussion about immigration and emigration, the past and modernity, and how we try and reconcile such forces through the arts.  Not at all the slight romantic comedy that I had feared--or at least it doesn't feel like such a thing when set to the strains of that mournful bandoneón.  (www.venevisionintl.com) 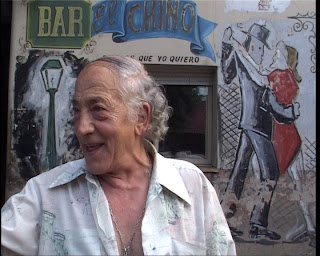 
Movie Mania
After announcing a year-long "foreign film festival" in the previous post, I found out that Caroline of Beauty Is a Sleeping Cat is also offering her own World Cinema Series moviefest this year.  Please see Caroline's page here for details and please consider participating in both events throughout the year to get your full-on foreign film fix.﻿