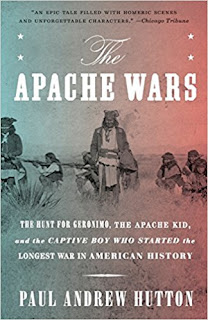 Outstanding narrative history of the Apache wars and the resulting "trail of blood" (2) left during the contest for control of Apachería (i.e. Arizona, New Mexico, and parts of Texas on one side of the present day border and Sonora, Chihuahua, and Coahuila on the other) c. 1861-1886.  While loosely organized around the life stories of one semi-legendary Apache and one white captive raised among the tribe, University of New Mexico history professor Paul Andrew Hutton's rich, compelling text is such that it's easy to understand why one pro reviewer was moved to gaudily but not inaccurately champion the work as "an epic tale filled with Homeric scenes and unforgettable characters."  That being said, I should stress that Hutton's nonfiction song of rage prob. isn't for the faint of heart even at this far remove from the succession of tragic events described.  Mass quantities of massacres, mutilations and revenge killings rarely make for easy reading, of course, but even the one short paragraph dedicated to scalping techniques here was just a little TMI for me.  Still, a great read both for its bullet point insights into its cast of characters' character--the territorial governor of New Mexico: "The highest dictates of humanity demanded [the Jicarilla Apaches'] extinction" (75); Geronimo: "I have killed many Mexicans.  I do not know how many, for frequently I did not count them.  Some of them were not worth counting" (304)--and for the cruel ironies to be found hidden among the storytelling rubble on the canyon floor (Hutton points out that "more than a third of [General] Sheridan's soldiers," those intent on removing the Apaches from their native lands in 1885, were actually, "like the general himself, foreign-born immigrants to the United States" [355]). 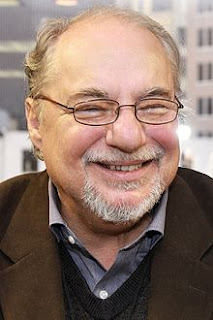 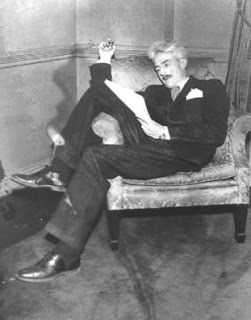