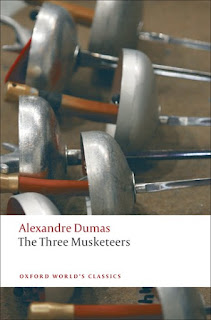 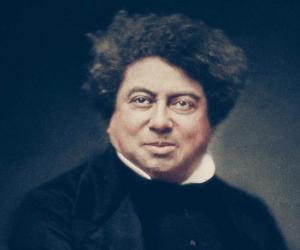 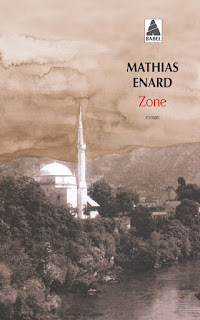 As in a spy novel updated to reflect some of the more unpleasant aspects of our post-9/11 reality, Francis Servain Mirković is a half French/half Croatian secret service functionary en route from Milan to Rome with a suitcase full of top secret dossiers and a murky past of his own in tow. Aboard the train, addled by drink and amphetamines and possibly on the verge of cracking up due to a lifetime spent both furthering and documenting dirty tricks from one end of the Mediterranean to another, his story about work and play in the Zone comes gushing out in a 500-plus page torrent of internal monologue and guilt-wracked memories only two or three times interrupted by scenes from the novel about the Intifada he's reading.  Despite the hype Zone's received even from people whose tastes I trust, I wasn't quite prepared for how phenomenal its one sentence + digressions would be.  In part a riff on the Iliad but with the Battle of Lepanto, the Nazi concentration camps, the French-Algerian conflict, and the Bosnian war among the main substitution sites for the clash taking place at "Ilion la bien gardée" ["well-defended Ilion"] (152), the novel's bold enough in its guise as a 21st century song of wrath to make liberal use of Homeric epithets (cf. the Berbers as "dompteurs de cavales" ["tamers of horses"] on p. 162 and "l'Hadès grand mangeur de guerriers" ["Hades, great devourer of warriors"] on p. 416) in anachronistic homage to its oral literature urtext (Pound's Cantos are another source of inspiration).  Similarly, Enard's prose often struck me as unabashedly poetic in nature despite the horrors Mirković's monologue evokes.  You can sense it and sometimes even hear it in the compressed wordplay (cf. "en Sicile île mortelle" [literally "on Sicily, deadly island"] on p. 169 and "la Méditerranée, le cimetière bleu" ["the Mediterranean, the blue cemetery"] on p. 283), but you don't exactly half to will yourself to "see" it as well in Mirković's vivid dreamscape of suicide bombers, where "ces petits Christs solaires" ["these little solar Christs"] in the form of severed heads launched into the air due to the force of the martyrdom explosions, are imagined contemplating Jerusalem one last time from on high before leaving this world for the next  (201-202 & 462).  How to make sense of a narrator that celebrates John of Patmos as the "premier romancier de la fin du monde" ["first novelist of the end of the world"] (249) and a novel which itself expends hundreds of pages reminding us that war is the natural state of man are probably acts best left to the individual reader.  For my part, I enjoyed the Life a User's Manual- and The Savage Detectives-like giddiness of Enard's storytelling even if one of Zone's lasting messages--that, for somebody or other, right or wrong,  "il y a toujours des Carthages à détruire" ["there are always Carthages to destroy"] (107)--is perhaps less enjoyable or giddy as a thematic takeaway through no fault of Enard's.  Whatever,  a real feat. 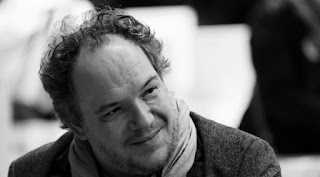 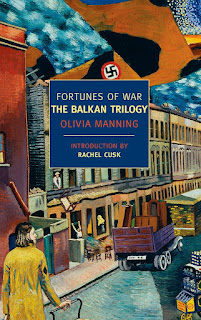 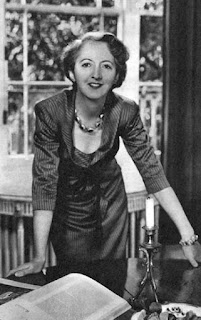