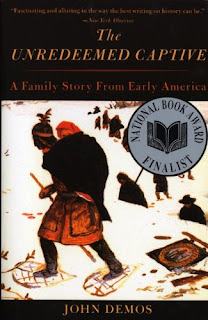 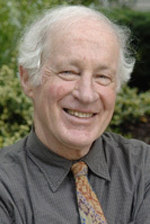 To the French--those leaders and functionaries who wrote about them--they were les Iroquois du Sault.
To the Jesuit fathers, they were nos pauvres sauvages.
At Deerfield, and elsewhere through the English settlements of Massachusetts Bay, they were "the French Mohawks."
In New York, wrote one who had seen them close up, "they are now commonly known...by the name of the Praying Indians, it being customary for them to go thro' the streets of Montreal with their Beads, praying & begging alms." [footnoted in Demos' text]
The Abenakis, their Indian neighbors to the east (and fellow Christians), addressed them as "praying Iroquois."
And the non-Christian Iroquois to the south, their cultural (sometimes blood) kin, called them "our brethren at Canada."
To themselves, they were simply the Kahnawake (pronounced, roughly, Gah-nah-WAH-geh).
This varied nomenclature directly reflects the ambiguity of their cultural, and geographical, placement--and the extraordinary complexity of their history.  Mohawk, Iroquois, Indian, in ascending order of generality; Christian, to a degree; French, in a limited sense; "brethren" to some, allies of others, and, of course, enemies of still others: the Kahnawake were all these, and more.  Less than four decades old when Eunice Williams came to them, their community was already known--some said "renowned"--on both sides of the imperial border, and across the ocean as well.
Publicadas por Richard a la/s 02:00