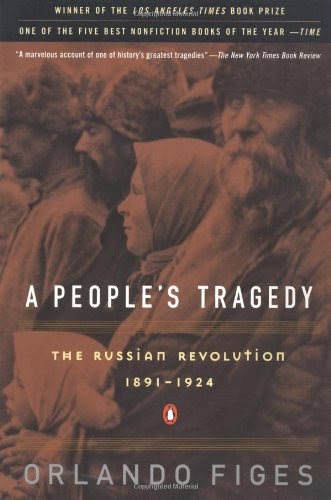 
These days we call so many things a 'revolution' - a change in the government's policies on sport, a technological innovation, or even a new trend in marketing - that it may be hard for the reader of this book to take on board the vast scale of its subject at the start.  The Russian Revolution was, at least in terms of its effects, one of the biggest events in the history of the world.  Within a generation of the establishment of Soviet power, one-third of humanity was living under regimes modelled upon it.  The revolution of 1917 has defined the shape of the contemporary world, and we are only now emerging from its shadow.  It was not so much a single revolution - the compact eruption of 1917 so often depicted in the history books - as a whole complex of different revolutions which exploded in the middle of the First World War and set off a chain reaction of more revolutions, civil, ethic and national wars.  By the time that it was over, it had blown apart - and then put back together -an empire covering one-sixth of the surface of the globe.  At the risk of appearing callous, the easiest way to convey the revolution's scope is to list the ways in which it wasted human life: tens of thousands were killed by the bombs and bullets of the revolutionaries, and at least an equal number by the repressions of the tsarist regime, before 1917; thousands died in the street fighting of that year; hundreds of thousands from the Terror of the Reds - and an equal number from the Terror of the Whites, if one counts the victims of their pogroms against Jews - during the years that followed; more than a million perished in the fighting of the civil war, including civilians in the rear; and yet more people died from hunger, cold and disease than from all these put together.
(A People's Tragedy: The Russian Revolution, 1891-1924, xv)

To the unsuspecting reader confronted with then Cambridge lecturer and now University of London professor Orlando Figes' unexpected but somewhat blandly worded "apology for the vast size of this book," at 800-pages plus what Figes calls "the first attempt at a comprehensive history of the entire revolutionary period in a single volume" (xv), it will be understandable if the scope of the work rather than its narrative immediacy is what grabs your attention first.  It is indeed a heavy book in more than one way.   However, it didn't take long before I was in the grip of Figes' writing, his style in this terrific political and social history of his.  Chapter 1, "The Dynasty," offers up several quotable moments that give the lie to the notion that nonfiction writing is by nature more impersonal and/or drab than fiction writing.  On the anecdotal level alone, for example, you have your choice of highlights: a sneering Tsar Alexander III is quoted as saying that he "despised the bureaucracy and drank champagne to its obliteration" at one moment, and on the very same page Bertrand Russell is cited explaining "Bolshevik despotism" as somehow "the right sort of government for Russia" in these footnoted words to one Lady Ottoline Morrell: "If you ask yourself how Dostoevsky's characters should be governed, you will understand" (7).  Impeccable logic!  A passage on Tsarevich Alexis, the haemophiliac, occasions the comment that "haemophilia was so common in the royal houses of Europe that it had become something of an occupational hazard" (27), and another one on Rasputin, the Romanov spiritual adviser often accused of being a charlatan or a degenerate, inspires the remark that "his disgusting physical appearance merely added piquancy to his moral charms" (29). The liveliness of the writing aside, though, Figes is at his best doing the sort of subtle, sophisticated causal analysis that professional historians often don't get enough popular credit for:

The Romanov dynasty presented to the world a brilliant image of monarchical power and opulence during its tercentenary.  This was no simple propaganda exercise.  The rituals of homage to the dynasty and the glorification of its history were, to be sure, meant to inspire reverence and popular support for the principle of autocracy.  But their aim was also to reinvent the past, to recount the epic of the 'popular Tsar', so as to invest the monarchy with a mythical historical legitimacy and an image of enduring permanence at this anxious time when its right to rule was being challenged by Russia's emerging democracy.  The Romanovs were retreating to the past, hoping it would save them from the future (6).

"Retreating to the past, hoping it would save them from the future" is a great line not least because of the way the Romanovs' dynastic "tragedy" serves as a point of departure for the larger Russian tragedy or tragedies covered by Figes in this book.  On the beginning of the end for the dynasty and its supporters, he explains: "Instead of embracing reform they adhered obstinately to their own archaic vision of autocracy.  It was their tragedy that just as Russia was entering the twentieth century they were trying to return it to the seventeenth" (14).  A good stopping point?  Good enough for now.  In any event, more on Part One of A People's Tragedy, "Russia Under the Old Regime," before too long. 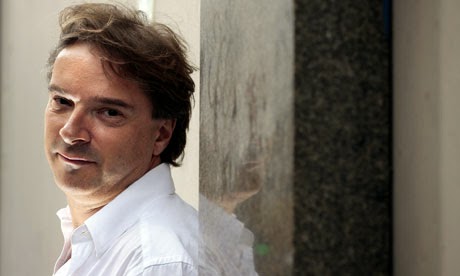