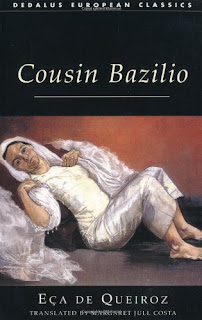 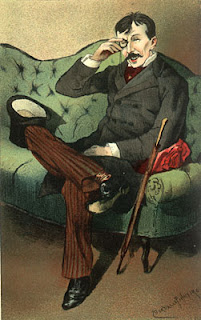 
They were standing outside a cakeshop.  On the shelves in the window behind them stood bottles of malmsey wine with brightly coloured labels, transparent red jellies, the sickly egg yolk yellow of doces de ovos, and dark brown fruit cake stuck with pathetic pink and white paper carnations.  Stale, lurid custard tarts grew soft in their puff pastry cases; thick slabs of quince jelly sat melting in the heat; and the dried-up shells of seafood pasties were slowly melding into one.  In the centre, prominently displayed, was a hideous, plump lampreia de ovos, a cake shaped like an eel, with a gaping mouth, a disgustingly yellow belly and a back blotched with arabesques of sugar; in its great head bulged two horrible chocolate eyes, and its almond teeth were sunk into a tangerine; and all around this rearing monster flies flitted.
'Let's go into the café,' said Julião.  'It's too hot to stand around in the street!'
(125)
Publicadas por Richard a la/s 20:24