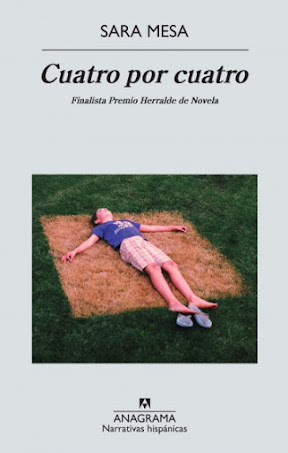 A different type of novel than the stuff I'm used to reading on account of the distinct dystopian vibe it exudes, Cuatro por cuatro [available in English as Four by Four] centers on the strange and increasingly creepy goings on in and around the boarding school of Wybrany College and the nearby city of Cárdenas in Mesa's alternate reality Spain.  While "el colich," as both administrators and teachers from the institution and its mostly middle school age students like to refer to it, is in the business of passing itself off as something of a sanctuary from the chaos of the outside world, various irregularities and the unexplained disappearances of students and staff eventually give way to revelations suggesting that the enemy within the gates may be even more monstrous than any dangers lurking outside.  On that note, nuff said about the plot.  What I will add is that Mesa successfully jostled my expectations in a couple of ways in the service of this smart, moody, fake thriller of hers.  For example, I enjoyed the mix of first- and third-person narration here especially given that the culture of silence about the suicides and the crimes at Wybrany has so much to do with what Cuatro por cuatro is all about.  Similarly, I also was quite mesmerized by the novelist's powers of suggestion.  Was one character's description of Cárdenas--"La ciudad está a punto de explotar...  Grupos de incendarios han tomado las calles.  Todo es muy peligroso" ["The city is on the verge of exploding...  Groups of arsonists have taken to the streets.  Everything is very dangerous"] (146, ellipses added)--proof that "el colich" was surrounded by a post-apocalyptic or Stalker-like Zone or just one more nightmarish image like the hastily-glimpsed/possibly-imagined one of a grown man leading a crying adolescent girl away by the hand?  Whatever, a good read and one told in a fragmentary, time release style that well suits it. 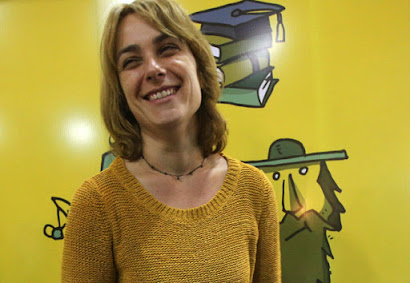