Camilleri vs. Gadda, Damn It! 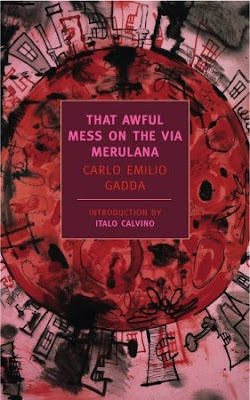 The Shape of Water [La forma dell'acqua] (Viking Penguin, 2002)
by Andrea Camilleri (translated from the Italian by Stephen Sartarelli)
Italy, 1994

That Awful Mess on the Via Merulana [Quer pasticciaccio brutto de via Merulana] (NYRB Classics, 2007)
by Carlo Emilio Gadda (translated from the Italian by William Weaver)
Italy, 1946 & 1957

Whilst the Jane Austen-and-Brontë sisters wing of the US blog mafia might lead you to believe that no new literature of note has been published outside of the United Kingdom since about the middle of the 19th-century, I'd like to spend a few moments on a pair of 20th-century Italian novels anyway. Please bear with me. After a long wait to sample one of his highly-touted Inspector Montalbano mysteries, I finally read Andrea Camilleri's surprisingly gritty The Shape of Water (the first in the Montalbano series) in a couple of sittings recently. It was a good taut weekend read, well-written, with appropriate nods to fellow Sicilian scribes Giuseppe di Lampedusa and Leonardo Sciascia, but it seemed like more of a high-octane genre workout to me than anything special. I mean, I'd read another work of his in a minute if I needed something to while away the time while traveling, but for right now the most impressive thing about Mr. Camilleri as an author is his undeniable resemblance to cable TV icon Junior Soprano! I finished Carlo Emilio Gadda's That Awful Mess on the Via Merulana a day later, a bit of misleading symmetry on the book-finishing front since I'd started the novel a month or so prior to The Shape of Water and I can't think of any actors that Gadda even remotely resembles. Although the Milanese Gadda's halting, deliberately digressionary style made it a lot more slow-going a reading experience than Camilleri's bullet train of a crime caper, the narrative difficulties were way more than worth the extra effort required as this brooding, metaphysical tale of a burglary and a subsequent murder in an upscale 1927 Roman apartment building gradually revealed itself to be the literary equivalent of a stunning panorama of the Eternal City at the moment when the fascists were coming into power. While Gadda didn't finish the novel in a way that any fans of old-fashioned literature would ever appreciate, his arresting way with words ("History, past-mistress of life" [299]), his mischievous interior dialogues, and the infamously abrupt ending evoke a sense of modern malaise that feels real enough for me. An underrated classic: that is, if any work can be considered as such when praised by both Italo Calvino and Pier Paolo Pasolini. (http://www.nyrb.com/) 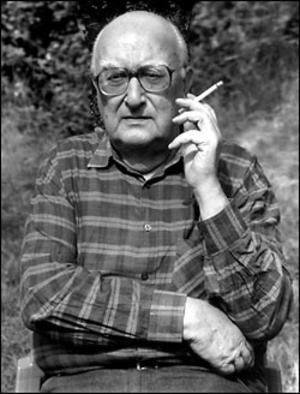 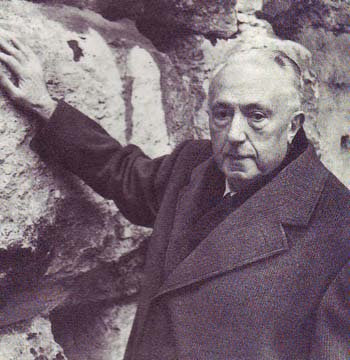 "He didn't think, he didn't believe it opportune to think of asking anything, either about the new niece or the new maid. He tried to repress the admiration that Assunta aroused in him: a little like the strange fascination of the dazzling niece of the previous visit: a fascination, an authority wholly Latin and Sabellian, which made her well-suited to the ancient names, of ancient Latin warrior virgins or of not-reluctant wives once stolen by force at the Lupercal, with the suggestion of hills and vineyards and harsh palaces, and with rites and the Pope in his coach, with the fine torches of Sant'Agnese in Agone and Santa Maria Portae Paradisi on Candlemas Day, and the blessing of the candles: a sense of the air of serene and distant days in Frascati or the valley of the Tiber, taken from the girls drawn by Pinelli among Piranesi's ruins, when the ephemerides were heeded and the Church's calendars, and, in their vivid purple, all its high Princes. Like stupendous lobsters. The Princes of Holy Roman Apostolic Church. And in the center those eyes of Assunta's, that pride: as if she were denigrated by serving them at table. In the center...of the whole...Ptolemaic system; yes, Ptolemaic. In the center, meaning no offense, that terrific behind." (That Awful Mess on the Via Merulana, 10-11)
Publicadas por Richard a la/s 21:01