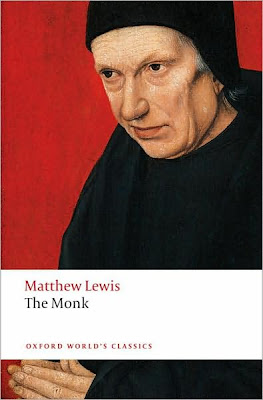 While I'm not about to backtrack from my assertion that almost all British literature in the post-Shakespeare/pre-Sex Pistols period is as overrated as that famous boy band the Beatles, even I have to admit that The Monk was a pretty cool read!  Kind of a fun gothic novel and a fundamentally anti-gothic novel all rolled into one, this 18th-century trash masterpiece takes genre stereotypes to new heights--or new lows, depending on your point of view--in its dogged pursuit of the details behind Madrid monk Ambrosio's spiritual downfall and subsequent punishment. "Lust, murder, incest, and every atrocity that can disgrace human nature, brought together, without the apology of probability, or even possibility, for their introduction" brayed one early reviewer (vii), a description that's less off base for its accuracy than for its failure to acknowledge the novelist's decidedly impish sense of humor.  The now archaic language is predictably hilarious when it comes to portraying Ambrosio's increasingly carnal tendencies (a voyeuristic gem on page 271: "The amorous Monk had full opportunity to observe the voluptuous contours and admirable symmetry of her person"), but it's similarly amusing to discover the variety of sly religious digs aimed at the unnaturalness of celibacy and the undue influence of Catholic "superstition" peppered throughout the work.  In one of the high water moments in this regard, an overprotective mother tries to shield her virginal daughter from temptation by editing out "all improper passages" in the Bible to make it a more age-appropriate means of instruction!  All howlers and morality gibes aside, The Monk was also interesting to me for its blurring of the lines between gothic and realist modes of narration.  For, in between all the supernatural episodes dedicated to Bleeding Nuns and Wandering Jews and the summoning of demons by black magic and such, Lewis also invokes a graphic form of realism that includes a sexual assault scene in a sepulcher and a torture scene in an Inquisition trial.  If The Monk doesn't exactly express a "modern sensibility" or anything like that with any consistency, it's still easy to understand why folks like the surrealists saw something of a kindred spirit in its frisky, teenaged author when you consider all the tension between his overtly fantastic scenes and his uncomfortably realistic extremes.  Wild and sometimes over the top with an ending that's pure genius! (www.oup.com/worldsclassics) 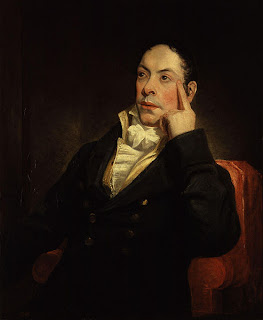