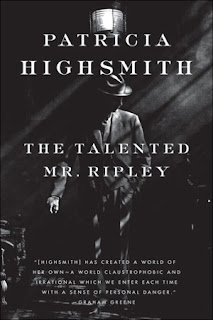 "Five days passed, calm, solitary but very agreeable days in which he rambled about Palermo, stopping here and there to sit for an hour or so in a café or a restaurant and read his guidebooks and the newspapers.  He took a carrozza one gloomy day and rode all the way to Monte Pelligrino to visit the fantastic tomb of Santa Rosalia, the patron saint of Palermo, depicted in a famous statue, which Tom had seen pictures of in Rome, in one of those states of frozen ecstasy that are given other names by psychiatrists.  Tom found the tomb vastly amusing.  He could hardly keep from giggling when he saw the statue: the lush, reclining female body, the groping hands, the dazed eyes, the parted lips.  It was all there but the actual sound of the panting."  (The Talented Mr. Ripley, 175)

I saw the 1999 Matt Damon/Jude Law/Gwyneth Paltrow film adaptation of Ripley back when it first came out and remember it as an OK movie that didn't blow my mind or anything like that.  So imagine my surprise when I suddenly started craving a Patricia Highsmith read a few months back, and the book that kept calling my name was The Talented Mr. Ripley!  Strange how these things work, no?  A mischievous reworking of Henry James' The Ambassadors imbued with an almost palpable sexual tension, TTMR is a crackerjack travelogue of sorts in which the 20-something title character resorts to murder, identity theft, and forgery to extend his stay in Europe as the most nouveau of nouveau riche American expats.  Highsmith seems to get a lot of love from the critics for having developed a sociopath in Tom Ripley who's so psychologically complex that even non-sociopaths like some book bloggers can understand and empathize with him to a certain extent, but that's hardly all that this novel has going for it.  To me, Highsmith's wicked sense of humor = the real key here--both in the way she teases the audience by constantly putting Ripley in more and more dicey situations where he's in danger of being exposed for all his crimes and in the casual way Ripley can whine about certain trivial offenses just after having clubbed a random friend or acquaintance to death.  Given the questions about Ripley's identity that surface during the course of the novel and the character's understandable reasons for wanting to annihilate his troubled past, I also have to hand it to Highsmith for touching on sexual orientation and class identification issues with her poor, "sissy" protagonist in a manner that feels perfectly natural on the one hand but can also be read as a mocking indictment of the so-called American way of  life on the other.  Surprisingly good, slyly subversive fun--and maybe even the Gatsby of McCarthy Era crime fiction, who knows?  (http://www.wwnorton.com/) 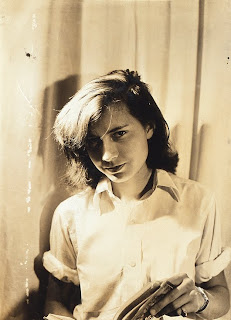