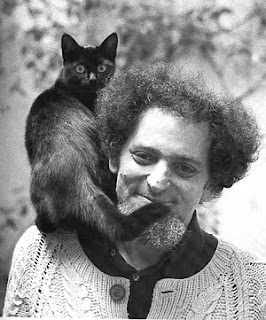 "I detest what's called psychology, especially in fiction.  I prefer books in which characters are described by their actions, their gestures, and their surroundings.  [...]  It's something that belongs to the great tradition of realism in the English and German novel of the nineteenth century, which I've exaggerated a little, almost taking it to hyperrealism."  Georges Perec, 1981

Remembering the debate at the outset of last year's 2666 readalong sparked by whether Roberto Bolaño's wordiness in The Part About the Critics was too much of a good thing (for those who missed it, the group was quickly divided into camps of those who hated Bolaño's level of detail and those who were enamored with his prose), I was tickled to find the quote above in David Bellos' Georges Perec: A Life in Words (London: Harvill, 1993, p. 573) because I think it does a lot to explain why Perec and maybe Bolaño made some of the storytelling choices that they did.  Having said that, I also have to wonder how the haters would have reacted to Life A User's Manual and the deliberately frisky provocation posed by its room-by-room description of the current and former inhabitants of a Parisian apartment block with all their significant belongings (and even a home repair catalogue at one point) included.  Too funny!
Publicadas por Richard a la/s 11:03