Borges, a Character in a Novel by Sabato 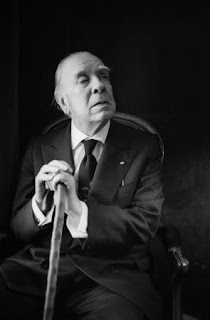 Just had to share this with those of you who participated in and/or otherwise remember the Jorge Luis Borges group reads we did last year and those who, like Amateur Reader, Roberto Bolaño and me, profess more than a passing interest in the "extraordinary riches" of Argentinean literature.  So I was reading Ernesto Sabato's 1961 Sobre héroes y tumbas [On Heroes and Tombs, here translated by Helen R. Lane in what I believe is an out of print 1981 edition put out by David R. Godine] the other day when the following previously nondescript Buenos Aires description really grabbed my attention: