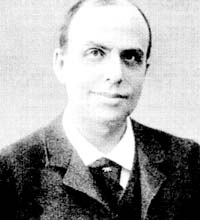 With people like our good friend Jill so easily grossed out by the playful medieval love poetry of Juan Ruiz, I'm not sure what she or anybody else would have to say about French decadent/Ubu Roi dedicatee Marcel Schwob's truly revolting "Bloody Blanche."  A reimagining of the fairy tale as an Oldboy-style revenge fantasy, this gruesome four-page short story's only real purpose seems to be to put its 10-year old title character--both the object and the agent of almost all of the story's violence--in situations where rivers of blood soil her tender young flesh and clothing.  Creepy (and not really good creepy if you ask me!) but maybe something to get excited about for fans of the "genre: murder" narrative tradition as one website I came across this weekend laconically put it.  After "Bloody Blanche"'s perverse red-on-white excesses, "Los señores Burke y Hare: Asesinos" ["Burke and Hare, Assassins"], a fictionalized biography of the real-life serial killers who terrorized Scotland in the 1820s, almost qualifies as wholesome family entertainment in comparison.  In any event, I really enjoyed Schwob's arch, surprisingly humorous approach to the material here. For example, after comparing William Burke to a character in The Thousand and One Nights on account of the two men's shared propensity for enjoying storytelling and killing others as the only outlets for their "sensuality," Schowb then devilishly lavishes praise on Burke for his "originalidad anglosajona" ["Anglo-Saxon originality"] in coming up with the more beneficial endgame for his "errabunda imaginación de celta" ["roving Celtic imagination"]: while the fictional slave merely carved up his victims after his crimes, Burke, a much more forward-thinking man, sold his victims' bodies to science for use on the dissection table (277-278).  Elsewhere, in what will have to serve as the final words on this piece, Schwob teasingly turns his sights on the art of biography-writing itself when he explains why he'd rather leave Burke and Hare "en medio de su nimbo de gloria" ["in the middle of their halo of glory"] than spell out how the criminals met their end:  "¿Por qué destruir un efecto artístico tan hermoso llevándolos lánguidamente hasta el final de su carrera y revelando sus debilidades y sus decepciones?  Solo hay que verlos allí, con su máscara en la mano, vagando en las noches de niebla"] ["Why destroy such a beautiful artistic effect leading them listlessly along down to the end of their career and disclosing their weaknesses and disappointments?  Far better to picture them still out there, masks in hand, wandering around in the fog-shrouded nights"] (285).