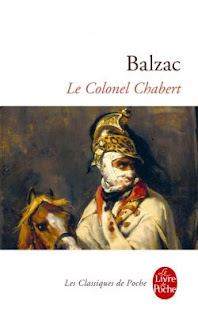 Have you ever come back from the dead?  If not, it may be difficult for you to understand why the tormented title character of Balzac's 1832 novella might have been better off succumbing to his horrific wounds at the battle of Eylau, where he was left for dead and buried in a common grave, and it will most certainly be difficult for me to explain why this account of Colonel Chabert's legal proceedings to restore his name and fortune after years of recovering from his near death experience on the battlefield hits like such a ton of bricks.  In any event, I don't expect that I'll be giving away too much by mentioning that the colonel's renewed relationship with his former wife--who has remarried and is now a mother to a political opportunist's young children--is at the heart of this sobering meditation on an Empire era man of honor's pursuit of justice in Restoration days.  Three things, in particular, make this a standout as a reading experience.  First, there's the deliciously creepy way the poor protagonist is described as the bearer of a "physionomie cadavéreuse" ["cadaverous aspect"] (70), is forced to explain which Colonel Chabert he is to the lawyer Derville ("--Celui qui est mort à Eylau, répondit le vieillard" ["'The one who died at Eylau,' responded the old man"]) (72), and is even referred to as a dead man talking by the narrator ("--Monsieur, dit le défunt, peut-être savez-vous que je commandais un régiment de cavalerie à Eylau" ["'Monsieur,' said the deceased, 'perhaps you know that I commanded a cavalry regiment at Eylau'"]) (73).  Then there's the just plain creepy way Colonel Chabert recalls being buried alive among the dead in 1807 before he regained consciousness and found new life among the living: "Le peu d'air que je respirait était méphitique...J'entendis, ou crus entendre, je ne veux rien affirmer, des gémissements poussés par le monde de cadavres au milieu duquel je gisais" ["The scant amount of air that I was breathing was noxious...I heard, or thought I heard, I don't wish to swear on oath to anything, some groans uttered by the world of cadavers in the midst of which I was lying"] (75, ellipses added).  Finally, you have to love the way indignation is the order of the day in Balzac's brisk, bracing telling of a story in which a Grande Armée survivor is brought low by the machinations of a lying woman--and a legal system which is all too willing to accept him as an impostor.  On that note, here's a quick portrait of monsieur Derville, the one lawyer who is willing to help Colonel Chabert if the old soldier will only allow himself to be helped: "Un sourire malicieux et mordant exprima les idées moitié philosophiques, moitié railleuses qui devaient venir à un homme si bien placé pour connaître le fond des choses, malgré les mensonges sous lesquels la plupart des familles parisiennes cachent leur existence" ["A malicious and mordant smile expressed the half philosophical, half scoffing ideas which were beginning to come to a man so well placed to discern the innermost recesses of things in spite of the lies behind which the majority of Parisian families hide their existence"] (110).  A narrative knuckle sandwich. 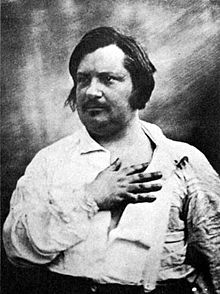