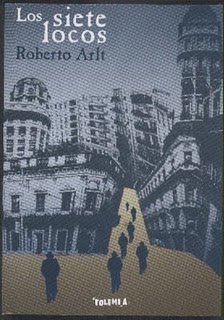 The Argentinean Literature of Doom: Año 2, currently starring noted thespians César Aira, Fogwill, Martín Kohan, Silvina Ocampo, Néstor Perlongher, Juan José Saer, and César Aira yet again, continues its off-, off-, off-Broadway run throughout the month of December.  Please feel free to catch a show or, failing that, to catch up with any of the life-affirming extravaganzas you missed in November via the links below.  Thanks to ALoD:A2 impresarios Rise and Tom for contributing César Aira pieces for this year's series.

P.S. As a reminder to anybody still mulling it over, I'll be hosting a year-long Ibero-American Readalong beginning in January and February 2014 with a reread of Roberto Bolaño's 2666.  Details at the link above--hope you can join me/us for a group read title or two as the year unwinds or challenge me to read an "Ibero-American" book with you sometime in 2014.  That'd be cool.  Later.


Amateur Reader (Tom), Wuthering Expectations
There are many things a novel does not say - The Miracle Cures of Dr. Aira

Rise, in lieu of a field guide
A broken grammar
Publicadas por Richard a la/s 19:58