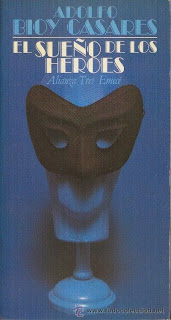 [During the three days and nights of the carnival of 1927 the life of Emilio Gauna reached its first mysterious climax.  It is difficult to decide whether someone had foreseen the terrible end decreed and had altered the chain of events from afar.  Of course to claim that an obscure demiurge was responsible for events which our poor human intelligence in its haste vaguely attributes to destiny, would add a new problem without shedding new light.  What Gauna glimpsed toward the end of the third night became for him like a magic possession he longed to regain, won and lost in a marvelous adventure.  In the years immediately following he became obsessed with trying to investigate and recall that experience.  This constant topic of conversation greatly discredited him in the eyes of his friends.]
(The Dream of Heroes, translated from the Spanish by Diana Thorold,* 1) 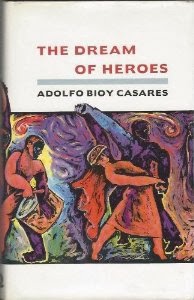 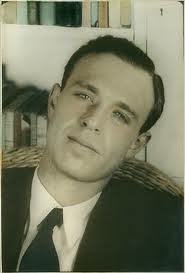 *I read the embarrassingly ugly 1984 Argentinean and Spanish edition of El sueño de los héroes pictured at the top of this post.  To give you a smoother translation experience for a change, I borrowed all quotes in English from the almost equally ugly British edition of The Dream of Heroes translated by Diana Thorold for Quartet Books in 1987.
Publicadas por Richard a la/s 14:20