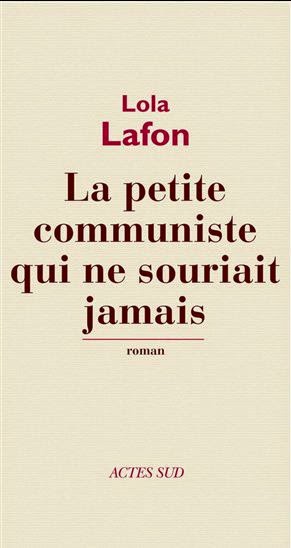 If you have any doubts at all about whether dreaming up a fictitious biography of all-world Romanian gymnast Nadia Comăneci really could have been the smartest career move to make for someone with aspirations of writing a great, thought-provoking novel in the year 2014, then imagine my pleasure and surprise at discovering that new to me French novelist Lola Lafon not only pulled off the high degree of difficulty feat of genre acrobatics but nailed the landing as well...explaining why I was so taken by La petite communiste qui ne souriait jamais [The Little Communist Who Never Smiled], a seemingly very personal book which Lafon (b. 1975), a Frenchwoman who herself grew up in Romania, has dedicated to the "petites filles de l'été 1976" ["little girls of the summer of 1976"] (318), is easy enough b/c in addition to the vitality of the prose grabbing you from the get-go with its punchy no-nonsense style, this part factual/part fictional faux-reportorial profile dedicated to the "adorable," "insupportablement mignonne" ["unbearably tiny"] (81) but supposedly über-taciturn teen Comăneci's celebrity rise and fall audaciously profits from imagined interviews between the narrator and the former child star in which reflections on the nature of girlhood/womanhood and relations between Ceaușescu's Romania and the '70s and '80s West are all dealt with insightfully and sans the usual simplifying clichés...for those maybe a little taken aback by the torrent of ironic scorn with which Lafon rains down on the idealization of adolescent gymnasts and models at the expense of their future grown-up and grown-out selves as something attributable to "le malheureux destin biologique féminin" ["the unfortunate biological destiny of the female sex"] (278), rest assured that the romancière's sardonic sense of humor also includes slightly more gender-neutral nuggets such as the description of the gold medal winning Romanian Olympic girls gymnastics team--whom coach Béla Károlyi, at least in the novel, proudly refers to as his "fillettes missiles" ["little girl missiles"] (115) at the height of the Cold War!--as "un amas d'araignées exsangues, des mini-vampires des Carpates, une armée d'enfants livides et affamées" ["a mass of anemic spiders, of mini-vampires from the Carpathians, an army of livid and starving children"] (171) in homage to the sacrifices that the perfect 10 Comăneci and her wan cohorts accepted as the price of success in exchange for giving up any semblance of a normal teen life.  Fascinating. 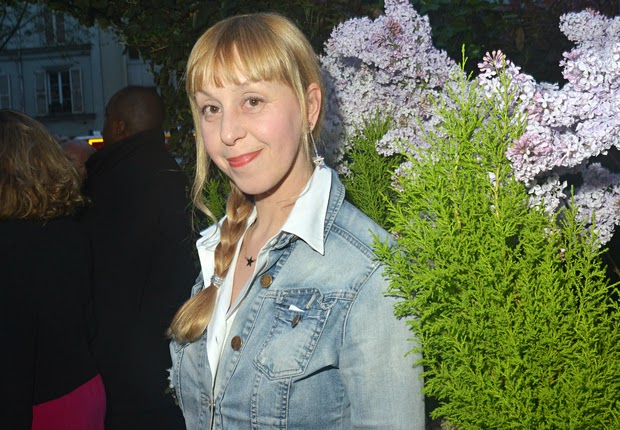