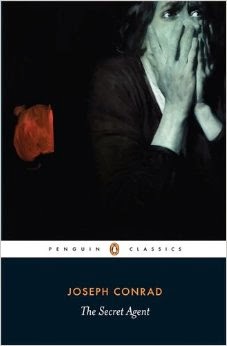 
"Exterminate, exterminate!  That is the only way of progress."
(The Secret Agent, 240)

Joseph Conrad's 1907 cover of "Anarchy in the U.K." isn't as rousing or anthemic as the Sex Pistols' debut single--even if, at its best, it's sometimes its equal in ironic malevolence--but I'm willing to overlook that for r-r-right now-w-w on account of the well-known greater availability of cheap speed and antisocial power chords in the "don't know what I want/but I know how to get it" 1970s.  In any case, what concerns us here is that the title character of the bomb-throwing satirical thriller The Secret Agent is a part-time pornographer, part-time family man, and full-time employee of the Russian embassy by the name of Adolf Verloc whose involvement in a bungled plot to blow up the Greenwich Observatory in order to cast suspicion on London's anarchist community will make him rethink the age old adage that "Ⓐ is the only way to be!" when his wife, the cops, and of course those dirty rotten anarchists themselves all line up to fight over who wants Verloc out of the way the most by the end of the squalid tale.  Not having read any other Conrad novels since Heart of Darkness back in the Apocalypse Now/early Thatcher days, what was easily the least gratifying thing about the resumption of my reading relationship with the guy was seeing how inauthentic the Verloc character became after the bombing mishap at the center of the story.  That was almost a deal-breaker for me, in fact.  Fortunately, what was probably the most gratifying thing about the resumption of my reading relationship with the guy was seeing what a full-on, mean-spirited loon he could be re: the art of description--saying, for example, that a good housewife turned murderess "had put all the inheritance of her immemorial and obscure descent, the simple ferocity of the age of caverns, and the unbalanced nervous fury of the age of bar-rooms" (208) into the stabbing of her victim is probably Darwinian evidence enough, but that example positively pales in comparison to the "outrage" of an earlier one in which a certain Chief Inspector Heat examines the remains of a bombing victim on an exam room table as the reader is told "And meantime the Chief Inspector went on peering at the table with a calm face and the slightly anxious attention of an indigent customer bending over what may be called the by-products of a butcher's shop with a view to an inexpensive Sunday dinner" (70).  Pre-punk punk, punk! 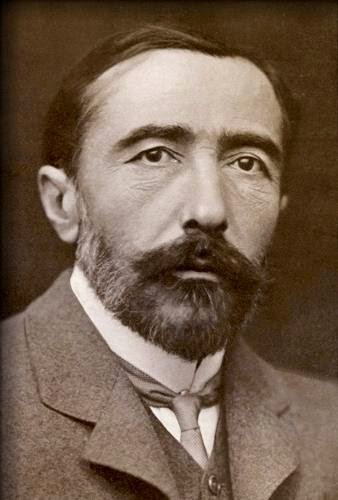