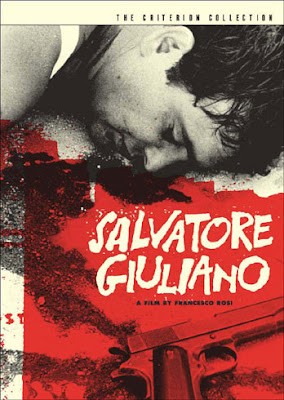 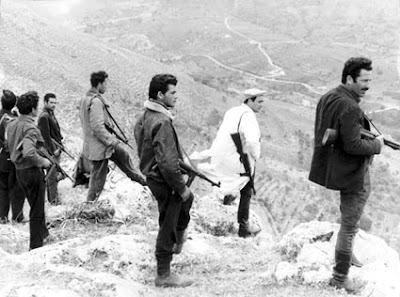 While the whodunit aspects of Rosi's work would be interesting enough in themselves, the visuals here are at least equally impressive. Shot entirely in and around Giuliano's "kingdom" of Montelepre and surrounding towns, the rocky Sicilian landscapes make it easy to understand the otherness of the island in relation to mainland Italy (shades of Di Lampedusa's The Leopard). Local actors, almost entirely non-professionals except for those in two key roles, also lend a certain gravitas to the us vs. them tensions between the small town Sicilians who supported Giuliano and the carabinieri from the north assigned to hunt him down. In one scene, a patriot gives an impromptu speech about Sicily and freedom after being inspired by the scenery in front of him. In another, a machine gun battle at night takes place with the only source of lighting being flashes of erupting gunfire. With consummate artistry and unusual restraint, Rosi laudably leaves it up to the spectator to decide if these are competing views of Sicily or just another sign of the disintegration of Sicilian culture also evident in Salvatore Giuliano's "betrayal." A tour de force. Rating: 5/5 stars. (http://www.criterion.com/)
Publicadas por Richard a la/s 16:35