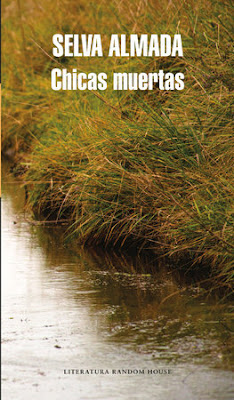 When Selva Almada was just a sheltered teen growing up in Entre Ríos in the 1980s, news of the murders of three other Argentinean girls roughly her own age--Andrea Danne, 19; María Luisa Quevedo, 15; Sarita Mundín, 20--awakened her to a couple of harsh realities: "Adentro de tu casa podían matarte.  El horror podía vivir bajo el mismo techo que vos" ["They could kill you within your own house.  The horror could live under the same roof as you"] (17).  As Almada explains the extent of the shock a page later, "Tres adolescentes de provincia asesinadas en los años ochenta, tres muertes impunes ocurridas cuando todavía, en nuestro país, desconocíamos el término femicidio" ["Three adolescents from the provinces murdered in the 1980s, three unpunished deaths at a time when, in our country, we still didn't know the term femicide"] (18).  Haunted by these deaths even when, as an adult, she realized that young girls were dying all around Argentina in alarming numbers, the author crisscrossed the country in search of some kind of answers to the cold cases still unsolved after decades.  The results of the investigation, as chronicled in the non-sensationalist but still way sobering Chicas muertas [Dead Girls, now out in an English translation], take the form of a hybrid narrative nonfiction/memoir blend which manages to pay respect to the victims and their families while not exactly providing solace for anybody else.  While Almada succeeds in giving a measure of voice to the three victims beyond the forensic reports, through no fault of her own what little "perspective" there is to be found here comes in the form of things--a clairvoyant who denied the help requested by the boyfriend of one of the victims, saying that "él con las cosas del diablo no se metía" ["he didn't get mixed up with things of the devil"] (42); a husband who endangered his wife, another one of the victims, because she was "demasiado linda" ["too cute"] to return to her previous job as a maid after she had a baby: "Tanta belleza desperdiciada entre los vahos de los productos de limpieza.  Así que la mandó a prostituirse" ["So much beauty wasted among the cleaning product vapors.  So he sent her out to turn tricks"] (111-112)--that can only be classified as tough, tough pills to swallow.  A brave piece of work. 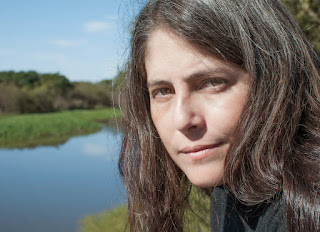