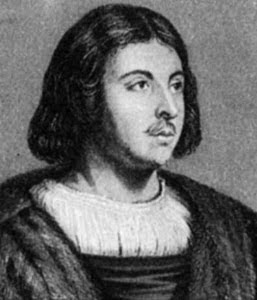 At the risk of offending more critically-attuned sensibilities (I feel I must apologize in advance to the likes of Amateur Reader and our good friend Emily but not to those hordes of silly bloggers who insist on calling "the classics" a "genre"), it seems to me that one's appreciation of a story really only boils down to two things: what does the writer have to say and how does he or she say it?  Everything else is fluff...or worse, "theory."  Although I've begun my own reading of The Decameron fully expecting to enjoy its stories on their own as entertainment, I'm such a dummy that I'm not sure yet what Boccaccio will have to say during the course of the work or how he will say it.  Will he be didactic, a total trickster, or a totally "didactic" trickster like his 14th-century contemporaries the Arcipreste de Hita and Chaucer?  Complicating matters, I have some basic questions going in (How important is the plague as a backdrop?  Why did Boccaccio break with poetry to set these stories down in prose?  How was a work of this size disseminated in a manuscript culture?) that even a freshman in a survey class could probably answer for me after a couple of sections.  Why share this with you here?  First, I hope to be able to answer these questions by the end of this project--thinking out loud now should help me remember better later. Second, it gives me an excuse to cite a wonderful sounding title (Guido Almansi's 1975 The Writer as Liar: Narrative Techniques in the Decameron) that has turned up as a result of my usual hastily-conducted researches.  Perhaps Almansi will be of assistance with some of these preliminary questions.  In the meantime, I'm now done reading 15 of the 100 stories in The Decameron, having just finished enjoying the infamous tale of Andreuccio da Perugia whose red light district-visiting/tomb-raiding exploits are much more "instructive" than anybody really has a right to expect.  Hey, have I told you lately what a riot this guy Boccaccio is?
Publicadas por Richard a la/s 12:11