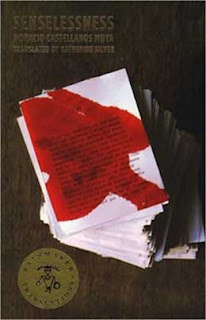 As I grudgingly make my way through the entertainment no man's land that is the Kristin Lavransdatter trilogy (update post later in the week), I'm happy to report that a novel about fucking genocide of all things has provided quite the welcome distraction.  In this short but incendiary novel, an unnamed narrator from an unnamed Latin American country is hired to be the copy editor in yet another unnamed Lat Am country for the latter land's 1,100 page human rights report on military atrocities committed against its indigenous population (although the particular countries are never mentioned, internal clues tip us off to the fact that the narrator's a refugee from El Salvador working in Guatemala before Bishop Gerardi's assassination). While polishing the report, the horrors of the testimony ("I am not complete in the mind" admits one man who has watched his wife and four children be hacked to death by machetes [1-2]; "There in Izote the brains they were thrown about, smashed with logs they spilled them" says another survivor [51]) and the narrator's own personal demons (alcoholism, drug dependency, womanizing, unspecified "personal problems") combine to haunt the character to the point that he's gradually turned into a raving paranoiac wreck in fear for his own life.  Rightly or wrongly. What follows is both predictable and unpredictable in more or less equal measure, an outcome I attribute more to the challenge of confronting genocide through fiction than the novelist's own chops as a writer.  For if the trajectory of the novel was telegraphed a little too far in advance for my tastes and its first person tone was too over the top for its own good on occasion, Castellanos Moya's prose in general throughout and a brutally ironic ending still seemed worthy of his grim subject matter.  Put that in your historical fiction pipe and smoke it, ladies.  (http://www.ndpublishing.com/) 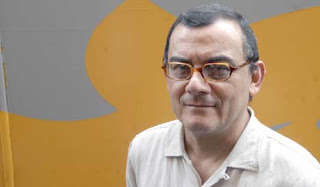 Note: I read this book in translation because I couldn't find the original Spanish version of Insensatez at my university library or local foreign language bookstore.  For more on Castellanos Moya's own background and writing, check out this profile here and a piece he did on his friend Bolaño Inc. here.