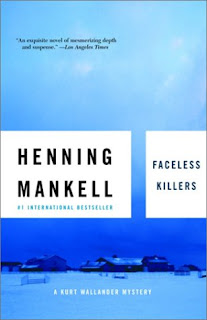 For someone who's now read a grand total of all of one Henning Mankell titles in his entire life, I have to ask: Stieg who???  Hotshit Swede police procedural that's sort of like the reading equivalent of downing a 72-ounce Big Gulp and following it up with a couple of cups of coffee afterward.  Found myself rushing to plow through this book and am now finding myself impatiently waiting to get going on a second Mankell offering before the month is out.  Ironically, I'm not entirely sure why the book produced such an effect in me.  Inspector Kurt Wallander's an interesting enough lead character, to be sure: a flawed but sympathetic everyman trying to make some sense out of the senselessness he confronts in his personal and professional lives.  I also enjoyed seeing how the murder investigation itself--as in Maj Sjöwall's and Per Wahlöö's The Laughing Policeman, a lesser work Mankell discreetly tips his hat to at one point (144)--was portrayed as having been conducted and then solved collaboratively through a combination of routine policework and blind luck rather than by any superhuman feats of deductive prowess by a single individual.  And Wallander's sense that Sweden is changing for the worse, losing the battle to drug-related crime and gripped by an anti-immigrant fever that he in part understands, clearly adds some depth to the story as a whole.  But other than that, I'm afraid I'm at a loss to explain this whole Mankell thing yet.  Not my problem--any more room on that bandwagon?  (http://www.vintagebooks.com/) 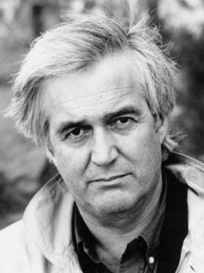