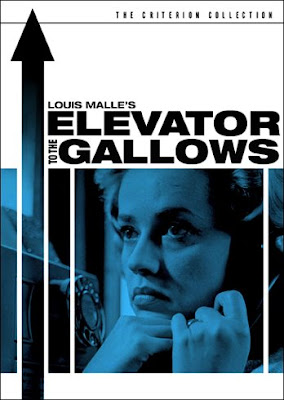 Elevator to the Gallows (2006 DVD)
Directed by Louis Malle
France, 1957
In French with English subtitles

A murder, a double murder, a staged "suicide" and an attempted double suicide are plenty noir enough for me, but Malle's groundbreaking policier also flaunts itself as a romantic love story in which the doomed amants tragiques never actually meet onscreen. In focusing on not one but two pairs of star-crossed lovers, Ascenseur pour l'échafaud additionally stands out as a gorgeous-looking, technically-perfect piece of filmmaking that uses its parallel narratives to satisfy genre expectations as much as it subverts them. Jeanne Moreau's forlorn but beautiful nighttime walk along the Champs Élysées, lit only by shop lights, street lamps and her own inner radiance, deserves all the props it's earned over the years, but Henri Decaë's wondrously atmospheric cinematography and Miles Davis' moody original jazz score definitely point the way to something equally new and exciting in terms of the storytelling devices in play. Interestingly, Malle apparently saw his two male leads (Maurice Ronet's charismatic but cold-blooded killer Julien Tavernier, a weary young veteran of action in Indochina and North Africa, and Georges Poujouly's equally amoral teenage thug Louis) as representatives of a specific time and place in late '50s France when arms dealers and an approaching consumer culture were byproducts of the country's modernization efforts--something that makes the characters' shared fate, deserved or not, even more bleak when it comes right down to it. Exceptional. (http://www.criterion.com/) 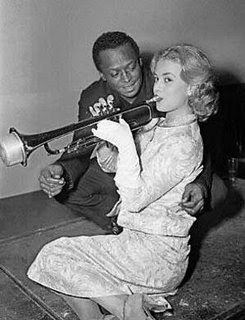