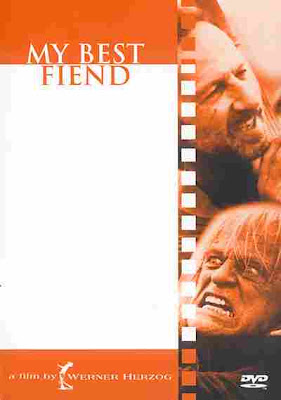 Although I'm a huge Herzog fan to begin with, I have a special fondness for this tremendously funny and utterly compelling 1999 documentary about his bizarre working relationship with the great actor, legendary temper tantrum thrower, and raving egomaniac Klaus Kinski. Recalling the five feature films the pair made together over the course of the years, Herzog takes the viewer along for an anecdotal wild ride to the locations where some of their stormiest collaborations were filmed: the jungles of Peru for Aguirre, the Wrath of God and Fitzcarraldo, the Czech Republic for Woyzeck, etc. Kinski usually comes off as an out of control but brilliant ass, a prima donna prone to hostile fits of anger whenever he'd forgotten his lines or stopped being the center of attention, but Herzog readily admits that the two needed each other to bring out their best. Watching this portrait, it's clear that the two had mutual respect for one another and at least occasional affection as well. Ironically, My Best Fiend also sports multiple confessions from the director, ostensibly the sane one, of plots to kill his belligerent star--the first for threatening to leave Aguirre, the Wrath of God just before the movie was completed ("I told him I had a rifle and by the time he'd reach the next bend in the river, there'd be eight bullets in his head and the ninth one would be mine") and another when he became so angry with Kinski on a different film that he decided to firebomb his house ("This was prevented only by the diligence of his Alsatian shepherd"). While Kinski died of natural causes in 1991, Herzog's offbeat tribute to his cinematic partner in crime has to rank as one of their most memorable projects ever. Rating: 5/5 stars! (http://www.anchorbayentertainment.com/) 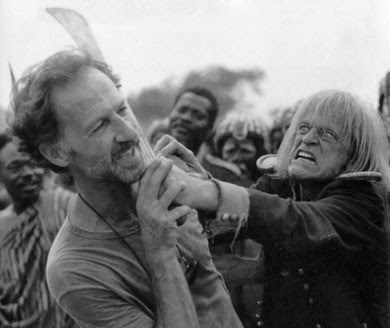 Herzog (left) and Kinski share a quiet moment on the set 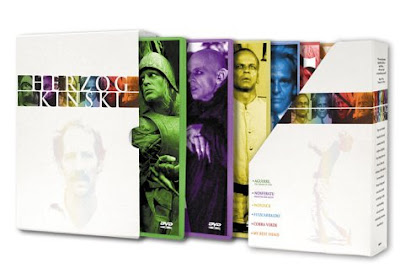