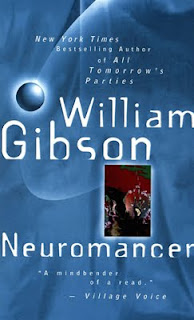 As part of my rehab from Virginia Woolf's monumentally boring/annoying/occasionally racist Orlando a week or two ago, William Gibson's cyberpunk classic Neuromancer was prob. just what the doctor ordered: a taut, high-octane thriller that I actually looked forward to reading when I got home from work.  Having said that, it was also sort of a letdown on the big ideas front.  Imagination, now that's another story.  Beginning with the celebrated opening line mentioned in almost every review of the work by straights and geeks alike ("The sky above the port was the color of television, tuned to a dead channel"), the novel instantly transports you into a noirish otherworld of the future where a few multinational corporations dominate what seems to be a dramatically-altered, grim post-apocalyptic landscape.  Molly, a genetically-modified "razorgirl" working as the muscle for a dubiously-principled ex-special forces officer named Armitage, recruits the self-destructive but once über-talented hacker Case to join a team specially assembled to breach artificial intelligence giant Tessier-Ashpool's vaunted security network defenses.  Things, somewhat predictably, go awry.  Although this three-sentence plot summary will fail to do justice to certain of Neuromancer's narrative twists and turns, it's more than enough to make clear that the novel's basically just a caper story where the devil's in the details.  Gibson's great, for example, at describing a world where old school humans (genetically-modified or not) interact with ninja robots and other artificial intelligence life forms in a way that feels plausible.  I also liked how both Chiba City, the Blade Runner-like Japanese underworld where we first meet Case, and the imagined or reconstructed memory scenes that take place in virtual reality elsewhere (on the beach? in the afterlife? jacked into somebody else's head?) score high on the atmosphere meter in compellingly different ways.  Mostly, though, I just really fell in love with how cool the Molly character was written.  Suffice it to say that her back story--with its jarring references to the sordid world of virtual reality prostitution--did more to elevate Neuromancer above its genre roots for me than all of the "prophetic" references to the matrix/microsofts/etc. combined.  An entertaining read, to be sure--but hardly the "mindbender" that sci-fi fans and those establishment wackos at Time and the Village Voice might have you believe.  (http://www.penguin.com/) 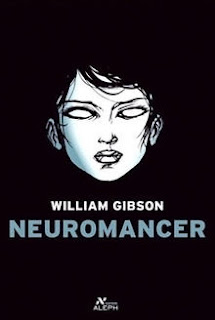 A Brazilian version of Neuromancer with the scene-stealing Molly, suspiciously looking just as I had imagined her, on the cover. 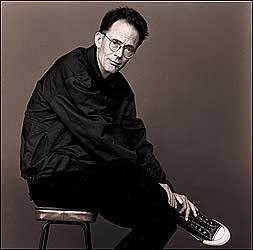