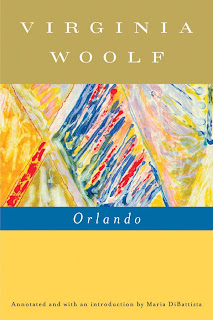 I'm sure that people who liked Orlando will have all sorts of interesting things to say about its playfulness, its liberating send-up of gender roles, and the way Woolf thumbed her nose at genre conventions in creating a novel that pairs the literature of the fantastic with feminist pseudobiography in such a creative way.  For my part, I haven't taken such a visceral disliking to a book since the second installment of the Kristin Lavransdatter trilogy a few months back.  How could a tale about a 16th-century character who ages over three hundred years and undergoes a gender change in the course of the story be such a complete bore?  While I'm not entirely sure, I think a huge part of it for me has to do with Woolf's smug contempt for the non-white/non-aristocratic "others" in her fictional fantasy land.  If you can imagine a gentle Calvino fable as rewritten by unsavory pro-Empire types like Margaret Thatcher or Bush Republicans, you'll be well on your way to understanding why all the freewheeling references to "blackamoors," barbarous gypsies, and "niggers" in Orlando sometimes make it tough to enjoy some of the more exotic elements in its otherwise frothy, fabulistic mix.  Lest any readers of this post rightly point out that it's not really fair to judge Woolf's apparent racism by the standards of a later generation, I should note that I also didn't connect with her stylistic elements this time out either.  For all the heady fast-forwarding in time that takes place in the narrative (for me, practically the novel's only saving grace), I felt virtually bored into submission by the overkill I'm-so-clever-watch-me-make-fun-of-the-biographer's-role asides from the narrator, the silly stories about dropping toads down potential suitors' shirts, and the "whimsical" use of an invented language for entertainment purposes ("Rattigan Glumphoboo," described as a substitute for "a very complicated spiritual state" on pages 208-209, might have been the low point EVER for humor lost in translation).  With any luck, Woolf will be depressed and/or cynical again when I get around to reading The Waves in a couple of weeks since this "fun" side of hers definitely rubbed me the wrong way.  A total disappointment.  (http://www.harcourtbooks.com/) 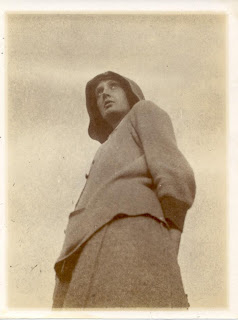 Woolf
Thanks to Frances for hosting the Orlando: A Biography round of Woolf in Winter.  See you on or around the 26th for a discussion of Woolf's The Waves being organized by Claire of kiss a cloud.  In the meantime, I await your petulant comments and/or e-mails.
Publicadas por Richard a la/s 19:29