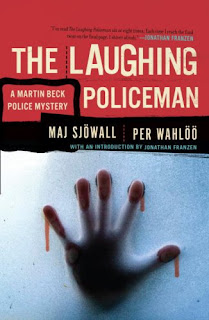 Considering it's taken me nearly a full year to recover from that lumbering, overwrought, 1,124-page historical fiction hissy fit otherwise known as the Kristin frickin' Lavransdatter trilogy, I'm happy to report that all Scandinavian novelists not named Sigrid Undset and I are finally back on speaking terms after my long-overdue introduction to the Sjöwall/Wahlöö wife/husband crime-writing duö.  It's about time.  Although The Laughing Policeman may be (no, is) a little lacking in the writing pyrotechnics department compared to other works I've been reading of late, this fourth volume in the highly-regarded Swede police procedural series featuring detective Martin Beck more than makes up for it with a taut, stripped down tale focusing on the investigation into a mass murder on a Stockholm bus.  The novel's just expertly paced.  Other things I thought were kind of cool:  Sjöwall and Wahlöö, both Marxists from what I understand, work in at least two jabs at "consumer society" during the otherwise no-nonsense telling of their three-umlauts story.  In other words, the expected genre grittiness is accompanied by a different vibe than usual here.  Things I didn't think were kind of cool: Nothing, really.  However, it's kind of depressing to be reminded that the scientific study of mass murderers and sex crimes was still in its infancy in the '60s.  Is the world really all that much more evil today or does it only seem so?  Whatever, easily the "weakest" thing I've read all month and yet still entertaining enough to induce me to sacrifice the dinner part of my dinner break to see what happens at the end.  Yeah. (http://www.blacklizardcrime.com/) 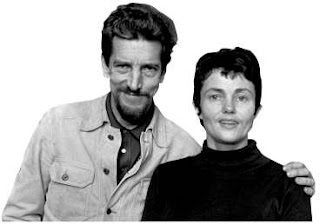