To Each His Own 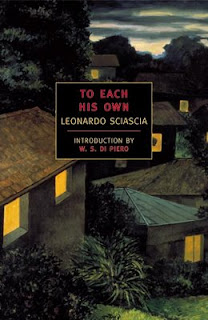 To Each His Own [A ciascuno il suo] (NYRB Classics, 2000)
by Leonardo Sciascia [translated from the Italian by Adrienne Foulke]
Italy, 1966

In a small Sicilian town, an affable pharmacist receives an anonymous letter that's brief and exceedingly to the point: "This letter is your death sentence.  To avenge what you have done, you will die."  When the pharmacist and a friend are shot and killed soon thereafter while on a hunting trip, Sciascia's arch crime novella zooms in on Italian history and lit liceo teacher Professor Laurana as he pursues an unofficial investigation into the murders--an investigation which, while not all that compelling from a detective fiction point of view, at least allows the novelist to drop tasty tidbits on Dante, Manzoni, and Pirandello into the mix alongside his usual observations on mafia culture and the nature of justice in Sicily.  Not my favorite Sciascia by a long stretch--but wryly observed, as in this passage on the return of the braying hunting dogs from the scene of the crime: "This return of the dogs set the whole town to disputing for days and days (as will happen when people discuss the nature of dogs) about the order of Creation, since it is not at all fair that dogs should lack the gift of speech.  No account was taken, in the Creator's defense, that even had they had the gift of speech, the dogs would, in the given circumstances, have become so many mutes both with regard to the identity of the murderers and in testifying before the marshal of the carabinieri" (14).  (http://www.nybooks.com/) 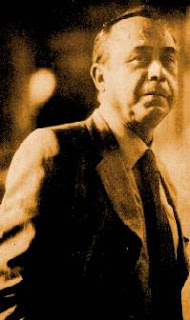