The Inspector Barlach Mysteries: The Judge and His Hangman + Suspicion 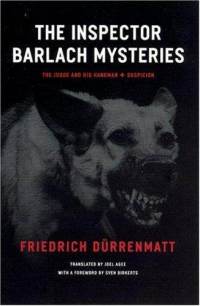 The Inspector Barlach Mysteries: The Judge and His Hangman + Suspicion [Der Richter und sein Henker and Der Verdacht] (The University of Chicago Press, 2006)
by Friedrich Dürrenmatt [translated from the German by Joel Agee]
Switzerland, 1950 & 1951

Can't remember where/how I first heard about the Swiss Dürrenmatt (1921-1990), but anonymous props to whoever it was who turned me on to the guy.  Whilst The Judge and His Hangman, about a serial killer who's conducted a lifelong game of cat and mouse with the now terminally ill Inspector Barlach, and Suspicion, about a Nazi doctor who's taken his sadistic delight in anesthesia-free surgery out of the concentration camps and into postwar private practice incognito, both contain over the top moments that will test your credulity, the two novellas are also absolutely feral examples of the crime genre--the twist here being that in addition to Ellroy-like pacing and cynicism a good 30 years before their time, you also get a probing examination of the nature of good vs. evil and man's inhumanity to man in both.  Not that God gets off the hook either--as one character bluntly remarks in the second work, "Jehovah was far away, preoccupied with other worlds, or maybe some theological problem was claiming his sublime intelligence, in any case his people were enthusiastically hounded to death, gassed or shot, depending on the mood of the SS, or on the weather: the east wind meant hangings, and the west wind meant now was the time to set dogs on Judah" (127).  Brutal.  (www.press.uchicago.edu) 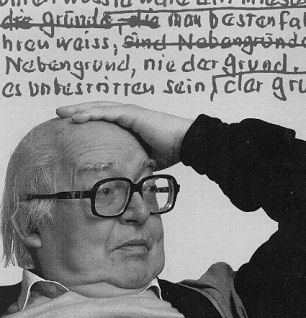