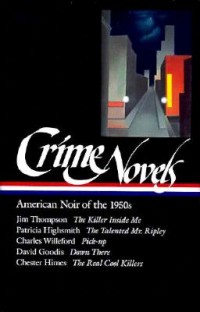 
"If trouble was money, everybody in Harlem would be a millionaire."
(The Real Cool Killers, 868)

To anybody out there even faintly amused by the abruptness of this week's transition from Edith Wharton novellas to Chester Himes novels, high five, you're my kind of ofay!  Although volume #2 in U.S. expat Himes' Coffin Ed Johnson/Grave Digger Jones Harlem police procedural series is way less of a thrill ride than its predecessor (main problem: too much time is wasted on an uninteresting teenage street gang what call themselves the Real Cool Moslems; co-main problem: the coda is almost as corny and contrived as the one in Wharton's The Touchstone), The Real Cool Killers still delivers the genre goods in a reckless enough manner that I'm reluctant to dwell on its letdown status.  Further complicating matters in terms of my own conflicted reaction to the largely forgettable work, an apparently random black on white killing on a crowded street in Harlem is all the motivation Himes needs to launch into a kind of unforgettable no holds barred dissection on race in America as the story of the investigation unfolds, the body counts pile up, and the white victim is eventually revealed to be a sexual predator of black females who probably got what he deserved.  To give you an idea of why Himes on race relations accounts for some of the most uncomfortably memorable moments in a storytelling arsenal that otherwise seems to delight in extreme violence and gallows humor involving the loss of limbs, just take a look at this exchange between the cop Grave Digger Jones and the bartender Big Smiley, both black, as the latter tries to explain why "a colored woman don't consider diddling with a white man as being unfaithful" due to the simple power and money mathematics dividing blacks and whites:

"You're talking about old times, son.  These young colored men don't go for that slavery time deal anymore."
"Shucks, Chief, you just kidding.  This is old Smiley.  I got dirt on these women in Harlem ain't never been plowed.  Shucks, you and me both can put our finger on high society colored ladies here who got their whole rep just by going with some big important white man.  And their old men is cashing in on it too; makes them important too to have their old ladies going with some bigshot gray.  Shucks, even a hard working nigger wouldn't shoot a white man if he come home and found him in bed with his old lady with his pants down.  He might whup his old lady just to show her who was boss, after he done took the money 'way from her, but he wouldn't sure 'nough hurt her like he'd do if he caught her screwing some other nigger" (782-83).

Not much I can add to that, eh?  Grave Digger himself actually adds an "I wouldn't bet on it," but Big Smiley stubbornly sticks to his guns.  (The Library of America)﻿ 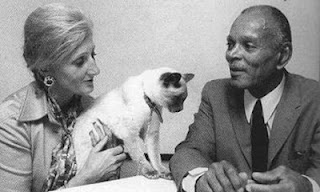 The Real Cool Killers appears on pages 731-876 of the Library of America's Crime Novels: American Noir of the 1950s alongside Jim Thompson's The Killer Inside Me, Patricia Highsmith's The Talented Mr. Ripley, Charles Willeford's Pick-Up, and Davis Goodis' Down There.
Publicadas por Richard a la/s 23:57