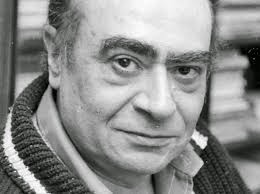 Wow, thanks so much to all of you who contributed posts to Spanish Lit Month 2014 this past week: our most active week yet participation-wise!  I see authors from Argentina, Chile, Colombia, Guatemala, Mexico, Spain, and Uruguay represented, which makes this a pretty great week geographically as well even if Vlady Kociancich, in a piece on Borges & Bioy Casares and their longtime friendship that I just reviewed, recently reminded me that literature is probably the real "segunda patria" or "second homeland" for readers and writers alike.  Anyway, thanks again for all your efforts and please remember that Spanish Lit Month 2014 is being held over for another week or two of "overtime" if you have any last-minute reviews you'd like to sneak in.  Cheers!

Helen, a gallimaufry
A Heart So White by Javier Marías

Mel U, The Reading Life
"Pirpo and Chamberlain, Murderers" by Bernardo Atxaga
"The Mercury of the Thermometers" by Eloy Tizón

Rise, in lieu of a field guide
Montano by Enrique Vila-Matas