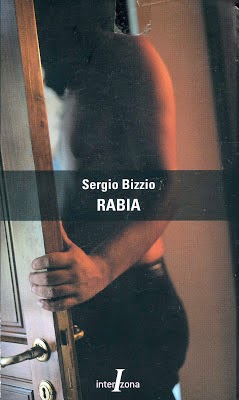 Sergio Bizzio's aptly-titled Rabia [or Rage in its English incarnation from translator Amanda Hopkinson] was an edgy and entertaining if maybe overly frothy first course taste treat for this year's Argentinean (& Uruguayan) Literature of Doom line-up, which is to say that I enjoyed Bizzio's tale dedicated to a working class homicidal maniac on the loose in upscale Buenos Aires more than I'm likely to remember the misanthropic meringue after having savored and ingested it.  Still, frothy doom?!?  It wasn't entirely filling if you catch my drift, but enough about you, let's talk about me.  In what's something of a provocation-minded cross between a Buñuelesque black comedy and a Río de la Plata novel of manners set in the Buenos Aires de hoy en día, disgruntled 40-year old construction worker and loner José María meets and then falls head over heels in love with good-natured 25-year old live-in maid Rosa before eventually holing up in Rosa's employers' mansion unbeknownst to her and her high society bosses the Blinders for years when our hero's anger management issues bring him into trouble with the law.  Much of what follows once María (the character usually goes by his second name) goes into hiding and effectively drops out of society is farfetched but narrated with generous dollops of humor and brio, my favorite moments having to do with the zesty class war zingers that the protagonist occasionally lets loose with when his stealthy close quarters living arrangements as an intruder in the Blinder household lead him to make various anthropological observations about the vapid reading (Dr. Wayne Dyer, Reader's Digest) and viewing habits of his moneyed but generally soulless "hosts" in the embassy-sized home of theirs that he's occupied.  On that note, although it occurs to me that I could prob. alter the recipe for this Rabia review into something more appetizing-sounding to a couple of you by merely changing "Buñuelesque" to "Aira-esque" in that sentence above, by talking about the transformation that María undergoes once he becomes "part of the family" so to speak, or even by maybe just beefing up the post with another good Bizzio quip or two, the following description concerning the living room TV watching habits of the man in the family is prob. much more typical of the novel's true charms and appeal (the quote in question is taken from page 154 in the 2005 original and from page 149 in Amanda Hopkinson's 2009 translation available from Bitter Lemon Press):

[There Señor Blinder watched almost nothing but football matches.  On one occasion, María gathered that the United States had attacked Iraq, and that a woman in a country house somewhere in Buenos Aires province, an upper-class woman, had been murdered, possibly by a family member, although an extensive investigation had thus far failed to find the assassin.  The war and the rural crime - with all the interminable discussions and conjectures they elicited - were the only subjects which, in the course of many years, had proved substantially more attractive than football.] 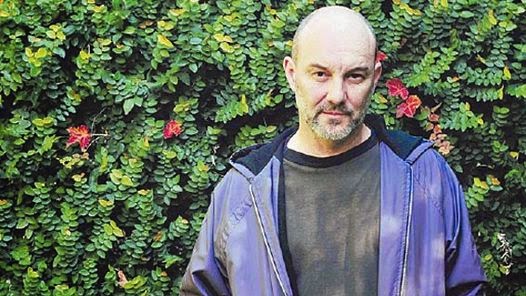 For a more appreciative take on Bizzio's Rabia, which--don't get me wrong--I did in fact enjoy, Spanish readers are encouraged to check out Ever from barcoborracho's high-energy post on the novel here (gracias a Ever por la recomendación).
*
Also, on an unrelated note, anybody interested in joining me for a group read of Macedonio Fernández's Museo de la novela de la Eterna [a/k/a The Museum of Eterna's Novel (The First Good Novel)] is invited to check back here somewhere around the end of the month or the beginning of the next month--a bit behind on the group reads these days alas.
Publicadas por Richard a la/s 22:06