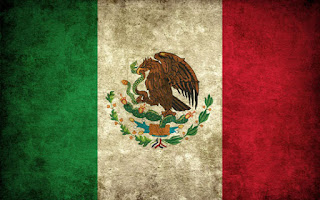 With some of my other reading plans for 2016 either already in progress (at least in my head) or set for later in the year, now seems as good a time as any to solicit your company for Mexicanos perdidos en México [Mexicans Lost in Mexico] (2016)--a Mexican history and literature binge reading event set to take place between now and May 15th.  Interested in joining me?  Unlike those stupid reading challenges you can read about elsewhere, all you have to do to participate in this event--not a challenge--is to read & write about one or more pieces of Mexican fiction/nonfiction/etc. during the duration of the event and then let me know about it so I can link to your reviews at the end of each month.  Again unlike a reading challenge, there are no silly levels of participation for this extravaganza: you're either in or you're out--i.e. a Mexican or a gringo if you will!  A few orders of business.  For everything except nonfiction, only Mexican authors qualify--no books set in Mexico but written by non-Mexicans.  Two notable exceptions: Roberto Bolaño's Los detectives salvajes [The Savage Detectives] and 2666, truly Mexican novels to my way of thinking, will both count since Bolaño actually lived in Mexico for many years and Los detectives salvajes supplied the name for this event (i.e I ripped it off in a moment of kleptomaniacal inspiration).  For nonfiction, any book about Mexico or Mexicans will count.  Why Mexico?  Why not?  For me, though, the main reasons I'm looking forward to this is that a) there are an awful lot of "new" Mexican writers--Álvaro Enrigue, Valeria Luiselli, and Tryno Maldonado among others (photo below and at the top of the blog)--that I'm looking forward to sampling as well as the "old" favorites that I'd like to return to and b) I'd also really like to get to Daniel Sada's 1999 Porque parece mentira la verdad nunca se sabe this year.  Anyway, it'd be great to have your company.  Failing that, it'd be almost as cool to have your recommendation re: the last great book from/on Mexico that you've read (mine: Yuri Herrera's Señales que precederán al fin del mundo [Signs Preceding the End of the World]). 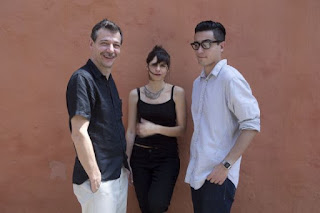