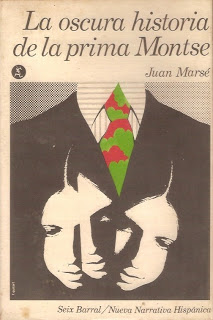 The Barcelona-born Juan Marsé, just in case you were wondering about that eyesore of a vintage segunda edición cover above, has written two of my favorite Spanish-language novels ever in 1966's Últimas tardes con Teresa and 1973's Si te dicen que caí--both of which are calling my name for a reread.  Roberto Bolaño would have understood the fanboydom, advising those who hadn't yet read Últimas tardes con Teresa to go out to a bookstore and buy it "ahora mismo" ["right now"] and gushing that Marsé was "un escritor excepcional" ["an exceptional writer"].*  I, naturally, concur.  While 1970's La oscura historia de la prima Montse [The Dark History of Cousin Montse, still unavailable in English nearly 50 years after its appearance in España], isn't anywhere near as appealing as its two bookish siblings, calling it "Marsé lite" or the ugly stepsister of the family wouldn't exactly do justice to it either.  The somewhat melodramatic plot, adroitly narrated in the first, second and third person both in the novel's late 1960s present and in flashback in 1959 when a mysterious "escándalo" ["scandal"] leads to young Montserrat Claramunt's social ruin (9), ultimately offers much less of a payoff than the über-rewarding manner in which it's delivered.  Still, the particulars of the story--from principal narrator Paco J. Bodegas' adulterous love affair with his cousin Nuria Claramunt and their often conflicting memories of the root cause of the disgrace that Nuria's younger sister Montse suffered when she tried to befriend an ex-con as part of her Catholic charity work and on to a brutal multi-chapter comic setpiece in which various members of the clergy attempt to exact public confessions out of students and workers during a weekend come to Jesus retreat--offer plenty of opportunities for both Marsé and his narrators to zoom in on the hypocrisy and the decay behind the façade of the outwardly Europeanizing but inwardly anti-immigrant, oppressively patriarchal, and pro-conformism Catalan bourgeoisie of the time as well as, on a related note, the merits of Montse's tragic and apparently undeserved Flaubertian comeuppance.  I look forward to reading more Marsé soon. 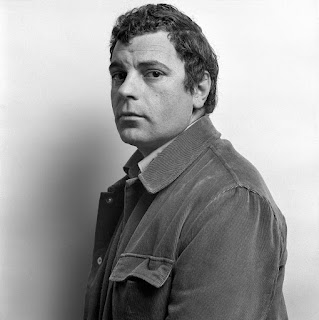