Hell in a Very Small Place: The Siege of Dien Bien Phu 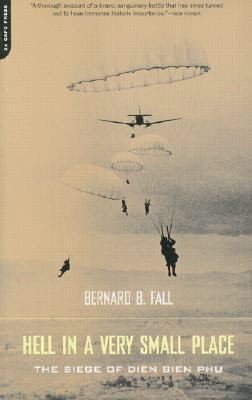 While I probably should have known better given all the raves I've heard about it over the years from reliable people as close to me as my dad, Bernard B. Fall's Hell in a Very Small Place: The Siege of Dien Bien Phu, the classic account of the punishing 56-day 1954 battle between the French and the Viet-Minh that effectively ended France's control over French Indochina forever, marked "the end of France as a colonial power" (414), and paved the way for the U.S. entanglement in Vietnam less than a decade later, still managed to sneak up on me.  Surprised me with its narrative intensity.  Surprised me with Fall's smarts as an analyst.  Surprised me with its ability to suss out the heroism and bedrock humanity of men engaged in the most inhumane of human activities without ever once glamorizing war or demonizing the enemy.  Fall, an Austrian-born, French-raised Jew who lost both his parents to the Nazis before moving to the U.S. to become a history professor at Howard University and a war reporter for publications as elite as The New York Times and The Washington Post, himself died less than a year after publication of Hell in a Very Small Place while out on patrol with U.S. Marines near Huê in central Vietnam, which for this reader lent an additional, retrospective element of solemnity to the reading of his requiem in prose.  But for others perhaps less readily swayed by the parallels between Fall's fate and his subjects', what can his history offer?  For starters, for all its harrowing moments involving artillery barrages, trench warfare and the like, this book is also so full of "novelistic" twists and turns that it's just mindboggling.  In terms of the "characters" alone, for example, there's the great unexpected vignette dedicated to one Sgt. Rouzic, who "in civilian life had been the driver of the getaway car of France's most famous postwar gangster, Pierrot-le-Fou (Pierre the Crazy One) and had decided to join the French army in Indochina when the French police began to close in on his employer" (147) and then there's the more down to earth but equally compelling story of the Algerian Legion of Honor medalist Lt. Belabiche, accused of being "just another 'lackey of the imperialists'" by his Viet Minh captor but of whom we learn, in a patriotic twist of fate, "eight years later, Belabiche was a captain in the Algerian National Liberation army, training young Algerian officers at what had been the French officers candidate school at Cherchell, west of Algiers" (420).  In terms of analysis, Hell in a Very Small Place shines for both its soundbites--Fall's retort to a hypocritical publicity memorandum that the inadequately supplied "defenders of Dien Bien Phu have up to now covered themselves with glory and are an object of admiration for the Free World" is derisory: "The price of that unsullied glory," he writes, "came to 5,000 dead, 10,000 prisoners, and a lost war" (361)--and for the far more complicated work spent shedding light on matters previously left in the dark.  For example, two weeks into the battle in a matter that Fall states "has never been fully explained," a Lt. Col. Langlais apparently took over responsibility for the defense of Dien Bien Phu from a withdrawn Gen. de Castries when "according to senior officers who were eyewitnesses to part of the drama, Lt. Col. Langlais, flanked by the fully armed commanders of the paratroop battalions at Dien Bien Phu, entered de Castries' office and bluntly told him that henceforth the effective command of the fortress would be in his own hands, but that as far as the outside world was concerned de Castries would retain the appearance of command and would serve as an intermediary between the paratroop commanders and Hanoi" (177).  Whether this smacks of decisiveness or desperation on the part of the besieged garrison's top defenders is beyond my ability to say.  However, I found Fall's explanation thoroughly convincing and typical of his own calm under pressure as a historian of the battle: "In view of the subsequently excellent personal relations between Langlais and de Castries, it is difficult to describe what happened on March 24 as a 'mutiny' or a Putsch by what some staff officers called the 'paratroop Mafia' or 'Langlais' Brain Trust.'....  To paraphrase a senior officer who was there, GAP 2 logically took the place of a command organization that no longer existed, and exercised prerogatives whose effective usage the commander of the fortress had ceased to exercise" (177, ellipses added).  Finally, the work offers up any number of tributes to the fighting spirit and the arguably futile sacrifices on display at Dien Bien Phu as in this one, regarding the French Foreign Legion members who cried when their friends prepared to attempt a breakout, "not for fear of their fate, for it was known by then that the Communists did not massacre prisoners, but out of shame that they would have to surrender to the enemy" (398), and in this one, regarding the dead who were left to rot on the battlefield when it was all over: "Most of the French dead are, like royalty, swathed in silk shrouds.  Parachute nylon, like courage, was one of the common items at Dien Bien Phu, and on both sides" (449).  As I probably should have expected, a tour de force. 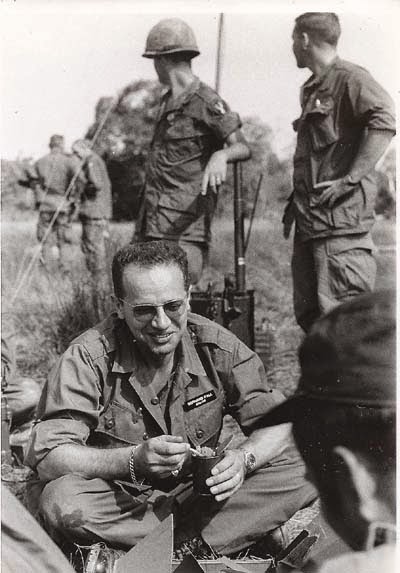