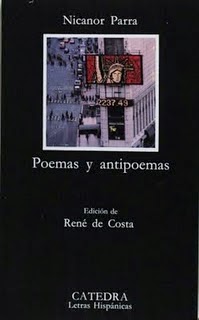 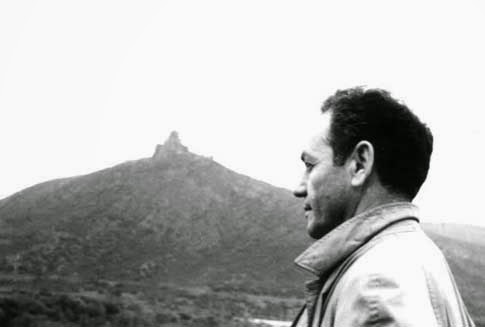 Parra's Poemas y antipoemas was read with Rise of in lieu of a field guide and Tom of Wuthering Expectations.  Rise's post on Parra's antipoems can be found here; Tom's two posts have been added here and aquí now that he's hit the publish button.  Also, here's a vintage 2011 post from Tom announcing Parra's plea to be awarded the Nobel Prize...for Reading.  Good stuff.
*
P.S. Since Poemas y antipoemas seems to have been published in piecemeal fashion only (the 1967 New Directions title Poems and Antipoems, for example, is actually a hodgepodge of four separate Parra works featuring very few poems from its Spanish-language namesake), I'll list the index of the Spanish collection for those wanting to read the poems in the order Parra intended them: