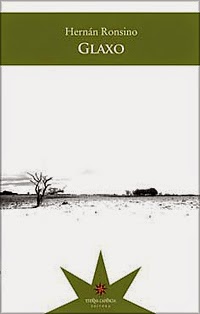 Hernán Ronsino's 2009 Glaxo [French: Dernier train pour Buenos Aires; German: Letzter Zug nach Buenos Aires; Italian: Glaxo; English: as usual, no word on a translation as yet], at least in part a dialogue with Rodolfo Walsh's gripping 1957 "nonfiction novel" Operación Masacre [Operation Massacre, itself finally available in English after a 50-year wait] and at least in part a dialogue with John Sturges' 1959 western Last Train from Gun Hill--the temerity of which will be underappreciated if I neglect to mention that Glaxo includes a "character" who has jumped the tracks from Walsh's work and into Ronsino's world, is a terse, punchy, and yet immaculately structured novella which ably employs four narrators over the course of a four decade span in the service of a story having to do with bad blood among old friends, the arrogation of power, and an unsolved murder on the outskirts of a provincial Argentinean factory town. Fans of Ricardo Piglia's Blanco nocturno, Juan José Saer's Cicatrices or '50s and '60s French film noir should be particularly drawn to Ronsino's combination of storytelling moxie and the ubiquitous air of menace that hovers over the proceedings up until the violent final frame, but all that namedropping and the aforementioned intertextuality aside, the thing I prob. most appreciated about Glaxo is the subtlety of the work revealed in matters such as its disarmingly simple prose, the attention given to the characters' patterns of speech, and the fact that the experimentation with POV and time seemed cinematic without seeming showy.  "Yo también fui fusilado" ["I was also executed"] is the unforgettable testimony investigative reporter Rodolfo Walsh first heard upon meeting one of the survivors of a real life extrajudicial firing squad in 1956.  "Entonces salgo de la casa de los Barrios pensando si es justo perdonar a un moribundo" ["Then I leave the Barrios home wondering if it's right to forgive a dying man"] (31) reflects one of Ronsino's characters who will be implicated in the fictional equivalent of a crime almost as horrible and senseless. 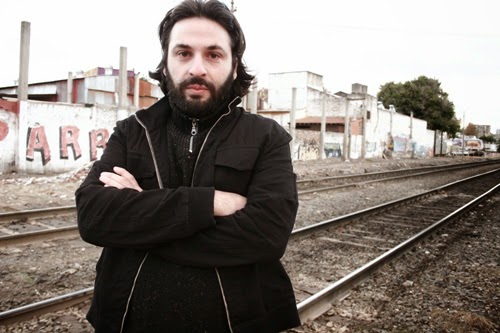 I first read about Glaxo on Mario's Quaderno Ribadabia blog here and on Martín's El pez volador blog here.  Thanks to both of them for the recommendation.
Publicadas por Richard a la/s 18:53