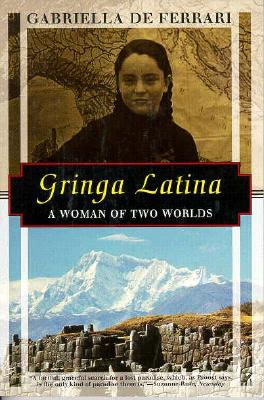 "Gringa Latina is a celebration of my growing up as a gringa in a land of Latinos and becoming a Latina in a land of gringos. I was a gringa in Peru, because my parents had come from a distant land to make their life there; I have been called a Latina in Saint Louis, Boston, Los Angeles, and New York, the places where I have made my life as an adult. Yet I am not one or the other but both. Like mirrors, they are the reflection of each other, their images continually resonating throughout my life. These reflections, with their peaceful islands and their turbulent waters, form the chapters of this book." --Gabriela De Ferrari, p. 1.

While Gabriella De Ferrari's Gringa Latina is a lovely little memoir that you could probably polish off in a few hours of serious reading, I spaced out my time with it so that I could savor it over the course of the three days we here in the metro Boston area spent snowed in last weekend. A celebration of the author's childhood in Tacna in southern Peru, where she was born to Italian emigrant parents who had become Peruvians not by birth but by choice, the book offers up a precious glimpse at a kind of paradise lost written from the vantage point of an adult whose own wanderlust had led her to residence--and eventual citizenship--in the United States after college. Although De Ferrari's "otherness" in Peru seems to have had as much to do with class differences as matters of culture or ethnicity (her family was very well off in relation to most of their counterparts, and her parents' annual Italian Day celebration on June 2 seems to have been a hit with everybody lucky enough to score an invitation to it), her story should resonate with anyone who's ever had a bicultural upbringing or an expat experience of their own. This book is out of print but well worth tracking down for its series of family vignettes that read like touching little prose haiku. Brava! 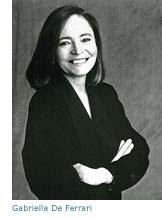