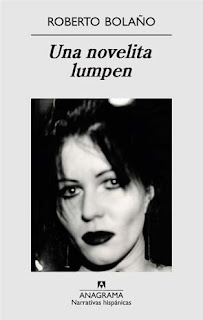 As its title, its acerbic Antonin Artaud epigraph, and its first person female narrator's opening line ("Ahora soy una madre y también una mujer casada, pero no hace mucho fui una delincuente" ["Now I'm a mother and also a wife, but not long ago I was a delinquent"]) (13) all take different roads to Rome to suggest, Una novelita lumpen (either A Short Little Lumpen Novel or A Lumpen Novella--I prefer the former for its whiff of self-mockery and not taking itself too seriously), a genre novel set in Roma that Bolaño wrote on commission while trying to put the finishing touches on 2666 before the sands of time ran out on him, is a sort of a crime or female delinquency-oriented bildungsroman having to do with the teenaged orphan Bianca's temporary fling with prostitution in the days when the rest of her non-working girl life began to spiral out of control.  Something about the work made me think of it as a slighter, much less ambitious and just generally lesser version of The Skating Rink, but maybe that's just me.  In any event, the tale about how the teen prostitute's unhealthy relationship with two of her deadbeat brother's even more deadbeat friends eventually escalated into the group's planned robbery of her wealthy client, a former Italian Mr. Universe and one-time B-movie film star reputed to have a strongbox loaded with cash in his mansion on the Via Germanico, is all interesting enough from a giallo/pulp fiction/class war point of view; however, those of you pining for the title to be translated into English should note that, despite a convincing noir ambience and vibe, this novella only hints at the imaginative firepower of the author's best work.  Still, mediocre Bolaño is better than no Bolaño at all and Una novelita lumpen at least sometimes proves it with a swanky Manuel Puig homage (amid all the sordidness, an amusing chapter dedicated to Bianca's taking of a quiz from Donna Moderna magazine), occasional in your face examples of those wild interior monologues that make you feel like you've climbed inside the characters' heads, and--all my other disappointment aside--a terrific final paragraph which cranks things up just like the literary equivalent of a late-'70s punk song ending in a rousing hail of dirty chords and antisocial distortion.  P.S. to Rise: Godzilla! 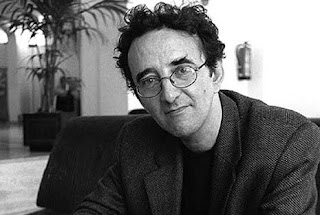