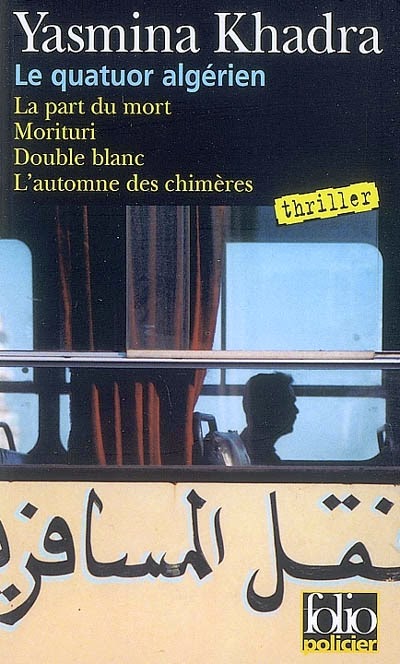 When Tom from Wuthering Expectations kindly recommended Yasmina Khadra to me in response to this post for a "pure nightmare" evocation of Algeria in the 1990s, I wasn't worried that he was trying to dial things back when he later added "I'm not even sure Morituri is a good book, but who cares?"  And why should I have been?  I could see what Tom was talking about just from the novel's jolting opening line: "Saigné aux quatre veines, l'horizon accouche à la césarienne d'un jour qui, finalement, n'aura pas merité sa peine" ["Bled white, the skyline gives birth by C-section to a day, which, in the end, won't have been worth the trouble"] (459).  Morituri, nominally a vaguely Chandleresque policier having to do with a missing persons case but in reality just a pretext for Khadra (real name: Mohammed Moulessehoul; 1997 day job: officer in the Algerian army) to vent his spleen about the "olympiades terroristes" ["terrorist Olympics"] (571) that had descended upon his native country during Algeria's nasty civil war, delivers the mystery/thriller goods aplenty via a blistering, high octane pace--sort of a book version of the no-huddle offense--and a dark, plot-driven police procedural prominently featuring booby-trapped corpses, carbombings, and religiously motivated celebrity assassinations in addition to the usual mix of more civilized crimes.  Why would anybody want to "experience" Algeria in such a visceral realism way much less under the guise of entertainment?  Why not?  I missed the adrenaline rush provided by the novel when it was over, and even though Khadra's portrait of post-independence Algiers as a fear-filled Hell on the Mediterranean was just a little too grounded in the reality of its time and place for me to want to follow in Commissaire Llob's footsteps for tourism purposes in real life anytime soon, I did find it mightily refreshing to make the acquaintance of a "genre writer" whose hard-nosed prose, astonishingly enough, was often just as violent and corrosive and jittery as his subject matter: "Drôle d'époque!  Lorsqu'un collègue est tué par balle, on estime que c'est ce qui pouvait lui arriver de mieux - au vu des cadavres horriblement dépecés qui jalonnent la malheureuse terre d'Algérie" ["A funny thing about the era!  When a colleague dies from a bullet, we deem it to be the best thing that could have happened to him given the horribly carved up dead bodies strung out throughout the length of the wretched soil of Algeria"] (548). 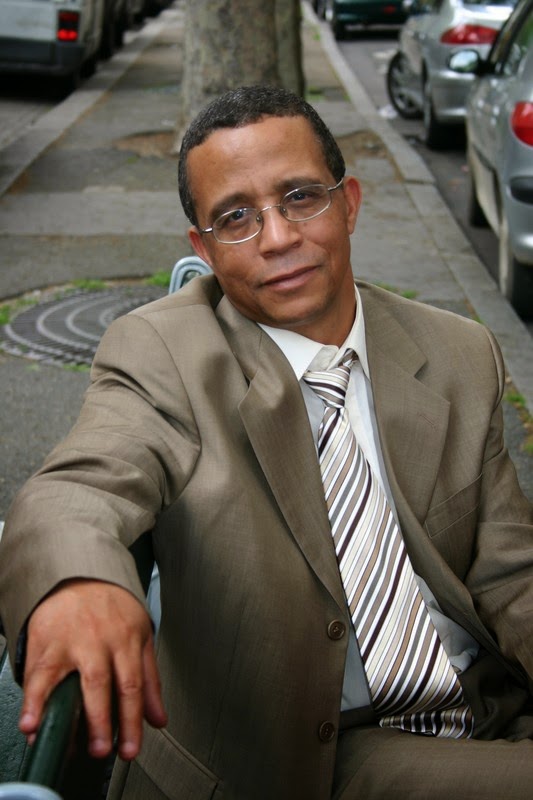 
Morituri, Latin for "those who are about to die," appears on pp. 453-599 of Yasmina Khadra's Le quatuor algérien omnibus (Paris: Éditions Gallimard, 2008) alongside the 1997 Double blanc, the 1998 L'automne des chimères, and the 2004 La part du mort.  Thanks to Tom for bringing Khadra/Moulessehoul to my attention.
Publicadas por Richard a la/s 23:58