I have good news and bad news for you Spanish Lit Month yobbos tonight.  The good news is that the previous Vila-Matas that I read, 1985's devilishly entertaining Historia abreviada de la literatura portátil, is finally going to be translated into English next year just in time for its 30th anniversary.  The bad news is that the most recent Vila-Matas that I read, 1977's disappointing La asesina ilustrada, well, let's just say that it really isn't all that entertaining at all.  Now a book about a manuscript that kills is a killer idea to be sure--especially one blessed with such an inspired title as La asesina ilustrada, which can be rendered as either The Illustrated Assassin or The Well Read Killer or even The Killer Made Famous,* three descriptions which fit the villainous title text to a t--but unfortunately this sophomore effort from the young Vila-Matas is rather plodding in its attempts to cobble together a death-by-writing spin on the locked room mystery and entirely lacking in all the biting wit and genre-bending storytelling savoir-faire to be found in later works by the author.  As proof of the 88-page novella's soporific qualities, I have absolutely zero quotes from La asesina ilustrada to share for which I apologize in the timeless words of an actual memorable villain from non-Spanish Lit Month days gone by: "Youths!  I invoke your sympathy.  Maidens!  I claim your tears."

*[Edit: Thanks to JacquiWine and Stu for informing me that La asesina ilustrada has been rendered into English as The Lettered Assassin in the translation of EV-M's Never Any End to Paris: a much better choice than any of the "creative" ones I submitted above!] 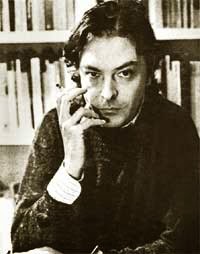