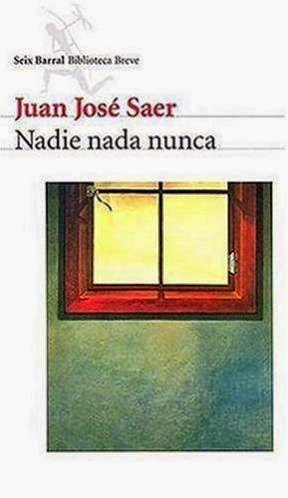 At the white house by the river in Santa Fe province where many of Argentinean expat Juan José Saer's almost uniformly great novels are set, el Gato ["Cat"] Garay and his lover Elisa languidly spend a couple of days--longer? time seems to to have become suspended in the February heat--drinking ice cube-laden wine, making love, reading, and otherwise going about their daily routines.  An occasional visitor in the form of their friend, the journalist Tomatis, and a young boy, el Ladeado, joins them; other than that, the only other person who regularly crosses their path is the lifeguard at the beach on the river who seems both introverted and unduly curious about what's going on around him.  It turns out that there's a serial killer of horses on the loose, though, and el Ladeado has brought a horse for el Gato to look after for a while because the horse's owner thinks that the animal will be safer there than in town.  One night, however, shots ring out.  Although relatively little else takes place action-wise in the aptly named Nadie nada nunca [available in an English translation by Helen Lane as Nobody Nothing Ever but marred by one of the worst covers on a paperback I've ever seen and Lane's unfortunate decision to convert the nickname "el Ladeado" into the ridiculous nonsense nickname of "Tilty"], as usual with Saer the writing is often hypnotic and riveting anyway on account of his insistent repetitiveness ("Febrero, el mes irreal" ["February, the unreal month"] is a periodic refrain), the ongoing shifts in perspective, and some bold experimental flourishes (i.e. the unannounced insertion of a jarring five-page extract or pseudo-extract from Sade's Philosophy in the Bedroom at the start of chapter XI, the provocation only revealed when we're told that "en ese punto de su lectura y de sus reflexiones" ["at that point in his reading and his reflections"], el Gato raised his head from the book he was reading [176]).  But what sets this book apart from, say, the last two Saer novels I read, 1974's El limonero real and 1985's Glosa?  For one thing, Nadie nada nunca is I think justly famous among Saer fans and critics for its powerful anti-Dirty War allegory published, like fellow Argentine Ricardo Piglia's likeminded Respiración artificial which came out the same year, at the height of the Dirty War in 1980.  Approximately halfway through the novel, for example, the reader learns just how and when the horses along the coast started being killed and how the senseless savagery of the gunshots to the horses' heads in the middle of the night and the slashing of the horses' bodies after they were already dead understandably created a climate of fear, mistrust, and paranoia in the community:  "Al principio, todo el mundo esperaba, de un momento a otro, descubrir al amanacer nuevos caballos mutilados en cualquier punto de la costa" ["In the beginning, everybody expected, from one moment to the next, to discover new mutilated horses at daybreak at points along the coast"].  This climate of fear, mistrust, and paranoia isn't limited to people either for, if "el miedo desapareció, de los hombres por menos" ["the fear disappeared, among humans at least"] during the lulls between the killings, "...los caballos seguían nerviosos y un extraño apenas si les podía acercar" ["the horses continued being agitated, and a stranger could scarcely approach them"] (104).  In short, strong stuff on a par with the author's best in many ways--and a work in which the retrospective sense of menace that accompanies and colors events here is amplified, so to speak, for those who know that el Gato and Elisa will be disappeared from the same white house by the river in a later Saer novel. 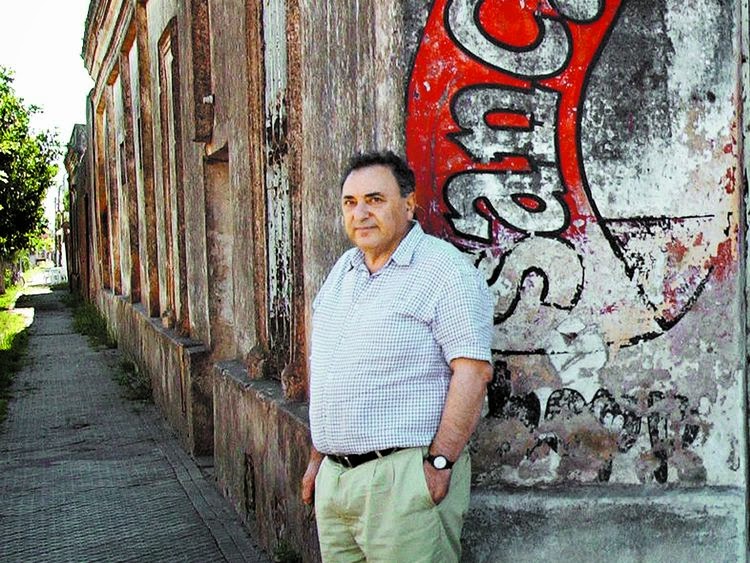