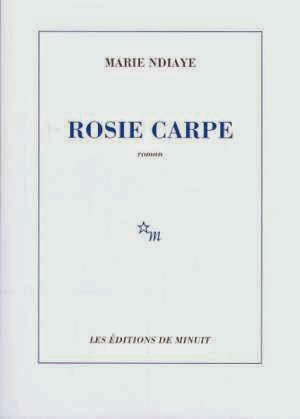 Rosie Carpe, the 2001 Prix Femina winner that's sort of a fucked-up distant cousin cousine to Pedro Páramo in some respects, was pretty much half gripping and half grating during the time I was reading it.  So while I try to sort out just how much I "liked" the book, I'll try to give you a couple of ideas as to why this wasn't/isn't immediately clear to me despite the fact that I found it a rewarding read for plenty of other reasons.  In the opening sequence, the title character is introduced to us as a 20-something white Frenchwoman who arrives in Guadeloupe looking for her trouble-prone older brother, Lazare, whom she hasn't seen in the five years since he bummed money off her to start a shady sex toy business in the Antilles.  At the airport, she's met by a friendly but somewhat reserved black man sent by Lazare, Lagrand, whom she momentarily mistakes for her pale white brother for some reason or other that's initially unclear.  Nonsensical and annoying?  Totally!  At least until you realize that something's really, really wrong with Rosie, the unwed mother of a five year old boy who's also pregnant with another child on the way, and the text is only, ahem, faithfully replicating the character's fragmented, traumatized point(s) of view.  As luck would have it, the supposed island paradise of Guadeloupe--like Juan Preciado's phantasmal Mexican town of Comala in the Rulfo novel--turns out to be sort of an otherworldly destination point for Rosie with the important distinction that, unlike in Pedro Páramo, the protagonist here is only surrounded by the living dead--i.e. emotional vampires who feed off others--rather than the actual dead throughout most of her odyssey and eventual metamorphosis.  Although the symbolic undead/vampirism connections in the novel are so strong that at one point a hummingbird lands on one particularly evil character's feet and almost immediately keels over dead and at another point the increasingly distressed Lagrand responds to the specter of dozens of rats running loose under the guava trees with the assumption that they will naturally follow in another character's footsteps as familiars or minions, NDiaye sees to it that a sleazy, post-milennial realism usually keeps the more hallucinatory, nightmarish moments in check in the form of several powerful scenes involving amateur porn filmmakers, the death by machete of an innocent tourist, the bizarre discovery that the uncaring parents who'd abandoned Rosie and Lazare to their fates back home in metropolitan France had followed Lazare to Guadeloupe and are now happier than ever as the result of a rather incestuous mate-swapping arrangement, and--in a top that child endangerment coda--the prostitution of a beautiful young girl by her parents.  With all that as a backdrop, is it any surprise that the troubled Rosie will eventually decide that her happiness as a woman may come at the expense of the loss of one her children as a mother in something resembling the biblical sacrifice of the slaughter of the lambs?  NDiaye obviously gives you a lot to think about in Rosie Carpe, but as I've already touched on not all of it worked for me.  My major complaint has to do with the handling of the POV of the various characters.  In the long third chapter dedicated to Lagrand, for example, the fact that his perspective was related in the same claustrophobic way as Rosie's earlier on in the work was frustrating to me since it came without any apparent explanation for the similarities in style.  Had Lagrand's feelings for Rosie miraculously transformed this apparent innocent into "le réceptacle de toutes les tristesses et les vilenies" ["the receptacle for all the sorrows and all the baseness"] (235) that the freak magnet of a title character had suffered as for all her life?  Or was Lagrand merely suddenly going mad without warning like the mother who had abandoned him when he was a ten year old?  Whatever, I found this part unconvincing and tiring in stretches at the expense of some otherwise top notch, aggressively risky storytelling.  A related but much more minor complaint stems from the fact that with an entire cast full of madwomen in the attic so to speak, the grist of the novel was way over the top at times.  Perhaps this was unavoidable given the scope of the novelist's ambitions and her attempt to breathe life into a lonely, damaged title character self-described as "ne se sentant plus être que l'insignifiante enveloppe charnelle de Rosie Carpe" ["not feeling herself to be anything other than the insignificant carnal shell of Rosie Carpe"] (149) rather than a fully realized person.  On the positive side of things, though, I was endlessly fascinated by NDiaye's Gérard de Nerval-like use of colors, her utter unpredictability as a writer, and the often sensuous appeal of her prose despite the brutality and the squalor that are also present.  Probably the best single example of this in the entire novel is the lovely, even fragrant extended description of "une toute jeune fille" ["a very young girl"] who is perceived rather than actually seen by Lagrand as akin to "une longue flamme échappée du jardin" ["a long flame which had escaped from the garden"] and the bearer of a perfume reminiscent of the "tièdeur profonde de terre ou de sable au soleil" ["profound warmth of earth or sand in the sun"]--well, at least you might think it's lovely until you realize that "cette forme lumineuse, vibrante" ["this luminous, vibrant form"] and "cette incandescence en mouvement" ["this incandescence in motion"] (331), so appealing to both children and adults alike in the scene, is the very same girl who will later be put to work as a prostitute by her loving parents.  Ladies and gentlemen, je vous présente Marie NDiaye. 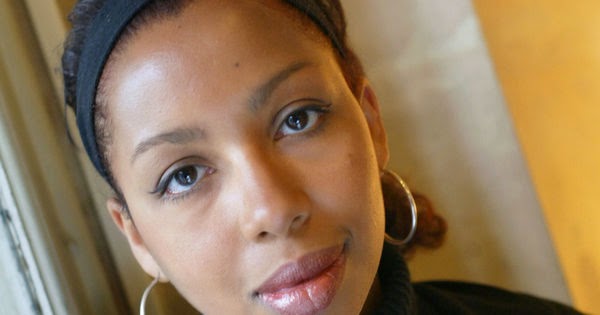 Thanks to Victoria/Litlove from Tales from the Reading Room for recommending Marie NDiaye to me earlier in the year.  For those interested in Victoria's take on Rosie Carpe and its place within a personal canon of French literature c. 2006, please see Victoria's inviting words here.  The novel is also available in an English translation under the same name prepared by Tamsin Black for the University of Nebraska Press' European Women Writers series.
Publicadas por Richard a la/s 22:37