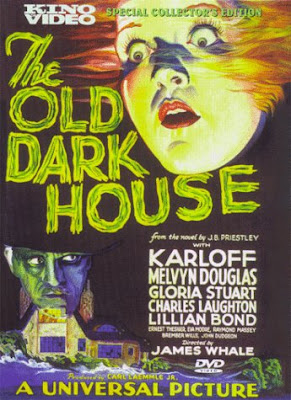 Did you know that that little old lady from Titanic (Gloria Stuart) was something of a hottie back in her silver screen heyday? Well, neither did I until saw her in this cheesy 1932 "haunted house" thriller/romantic comedy from Frankenstein director James Whale. In The Old Dark House, Stuart plays one of five unfortunate travelers who wash up in a dilapidated Welsh manor as houseguests for the night after rains make the roads impassable. The old dark house itself is populated by five creepy family members including a mad butler (Boris Karloff, mostly wasted here), a homicidal pyromaniac, etc. Like the 1927 silent film The Cat and the Canary, with which this is often compared, Whale's successes here owe a great deal to his cameraman's spectacularly shadowy cinematography (Arthur Edeson, take a bow) and to his cast's ability to dexterously juggle comedy and suspense. In addition to the lovely Stuart, who spends much of the movie in a slinky white evening dress trying to escape the unwanted attentions of Karloff's drunken and menacing butler, I particularly enjoyed watching Ernest Thesiger and Eva Moore as the oddball elderly brother and sister act who deliver many of the script's most memorable lines with obvious thespian relish. Grade: "E" for entertaining! (http://www.kino.com/) 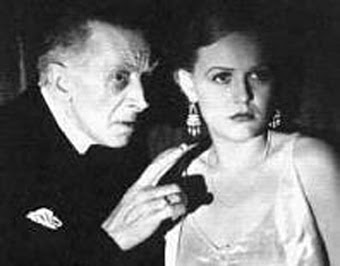