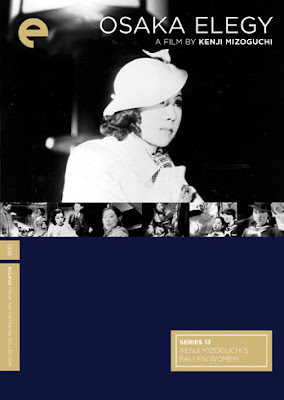 Osaka Elegy, the first of four films in the Kenji Mizoguchi's Fallen Women box set, concerns an attractive young switchboard operator, Ayako (Isuzu Yamada), who is driven into a life of prostitution to save her deadbeat dad from embezzlement charges and to fund her ungrateful brother's final year of tuition so he can finish college. It shouldn't surprise anyone to find out that she, and not the unappreciative and weak-willed men who surround her who are truly responsible for the economics of her "fall," will ultimately pay the price for the family's subsequent shame once news of her delinquency becomes known, but much of the interest in this bleak and surprisingly modern melodrama is the way Mizoguchi actively questions society's share in the blame with a sort of proto-feminist sensitivity. Although I found the pace slow at times and a little too one-dimensional in its portrayal of gender relations, Yamada's strong performance and a justifiably-famous final scene--a close-up of Ayako confronting the audience with a defiant glare right before the end credits roll--make it easy to understand why some people think Osaka Elegy is more impressive than it actually is. Which is not to say that it's not provocative or reflective of its own times or all that jazz: one of Mizoguchi's own sisters, in fact, was infamously given up for "adoption," only to be sold as a geisha, in real life herself. (http://www.criterion.com/) 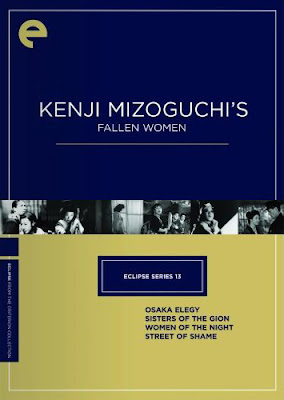