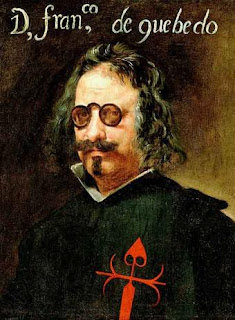 TO THE READER
DEAR Reader or Listener (for the blind cannot read) I can just imagine how much you want to read about my delightful Don Pablos, Prince of the Roving Life.
Here you will find all the tricks of the low life or those which I think most people enjoy reading about: craftiness, deceit, subterfuge and swindles, born of laziness to enable you to live on lies; and if you attend to the lesson you will get quite a lot of benefit from it.  And even if you don't, study the sermons, for I doubt if anyone buys a book as coarse as this in order to avoid the inclinations of his own depraved nature.  Let it serve you as you like; praise it, for it certainly deserves applause, and praise the genius of its author who has enough common sense to know it is a lot more amusing to read about low life when the story is written with spirit, than about other more serious topics.
You already know who the author is.
You are well aware of the price of the book, as you already have it, unless you are looking through it in the bookshop, a practice which is very tiresome for the bookseller and ought to be suppressed with the utmost rigour of the law.  You see, there are people who steal a free read as sparrows pick at a meal, and some who read books here and there and then piece the story together; and this is a great pity because they criticize the book even though it hasn't cost them anything; which is a mean swindle, as foul as anything I described in my Knights of the Princess.  Dear Reader, may God protect you from bad books, police, and nagging, moon-faced, fair-haired women.
(Francisco de Quevedo, The Swindler [translated from the Spanish by Michael Alpert], 83)
Although Borges mentions Francisco de Quevedo two or three times in "Pierre Menard, Author of the Quixote," that's not my main reason for "introducing" him here now (the timing, I'll agree, was fortuitous).  In fact, I have two or three essentially disconnected reasons for mentioning Quevedo at all.  The first is that I've finally started reading Quevedo's 1626 El Buscón [usually translated in English as The Swindler] and am heartily enjoying its post-Lazarillo de Tormes approach to the picaresque novel format.  Gotta love those early explorations in first-person storytelling that build up laughs at the expense of the series of misfortunes that befall their poor, beleagued narrators!  The second reason has to do with the excerpt above.  I'm an extreme sucker for the captatio benevolentiae and other forms of writing where the writer directly addresses the reader, and this one's insult-laden tone ("I doubt if anyone buys a book as coarse as this in order to avoid the inclinations of his own depraved nature") and acknowledgement that readers can be swindlers, too, displays more genius to me than all the Man Booker prize winners combined.  The only catch is that the excerpt above doesn't appear in my Spanish-language version of the text.  In fact, it's kind of bogus.  Which brings us to the third thing I wanted to talk about, translations.  Although the extra "Quevedo" introduction that appears in the English version of The Swindler likely has to do with an editorial decision rather than a translation decision (see note below* if interested), I'm still bothered by at least two choices that translator Michael Alpert has made.  In chapter four, for example, the narrator Pablos arrives at an inn of ill repute on the road to the university town of Alcalá de Henares.  In Spanish, the text reads: "Metióme adentro, y estaban dos rufianes con unas mujercillas, un cura rezando al olor" (33).  In English, Alpert's translation reads: "I went inside where there were a couple of roughs with some whores, a priest saying his prayers to protect himself from their stink..." (101).  While the casual reader could read the English translation without finding anything much amiss, there's a small but not inconsequential joke missing in Alpert's reproduction.  My lovingly-annotated Spanish version of the text explains that the priest's act of praying "al olor" or "to the smell or scent" of the prostitutes actually means to say that the priest was "atraído por la presencia de las mujeres" ("attracted by the presence of the women") rather than praying to protect himself from their stink (33).  In other words, the priest is a target of Quevedo's barbs and not just an innocent bystander at the scene.  While I'd like to think that this was just an innocent mistake that could happen to anyone, Alpert's introduction to the work leaves me concerned that so-called good taste might have competed with accurate translating on his list of priorities: "Oaths and obscenities are a problem as Spanish uses them in profusion," he writes in the 1969 edition.  "I have tried to produce the same effect without being either crude or mealy-mouthed.  I have certainly not been afraid to use four-letter words when I thought they were what the author intended" (16).  Am I reading too much into Alpert's thoughts about translation strategies?  Perhaps.  But it bothers me that a professional translator would be worried about being "crude" when he or she should really be more concerned with being faithful (a slippery concept, I know) to the source text.  Thanks to Quevedo and/or "Quevedo" for the timely reminder.
*There are three source manuscripts for Quevedo's text.  In his edition of the Buscón, Fernando Cabo Aseguinolaza writes that "La 'Carta dedicatoria' que figura en los manuscritos S y C y el prologuillo 'Al lector', incluido en la primera edición, tampoco parecen deberse a Quevedo" ("Neither the 'Dedicatory Letter' appearing in manuscripts S and C nor the little prologue 'To the Reader' included in the first edition appear to owe themselves to Quevedo") [8].

**To add to the "Pierre Menard"-like atmosphere surrounding the apocryphal note to the reader above, I should note that Quevedo, considered one of Spain's greatest Siglo de Oro poets, wouldn't own up to authoring The Swindler even though it was commonly attributed to him by both his contemporaries and most modern scholars.
Publicadas por Richard a la/s 19:22