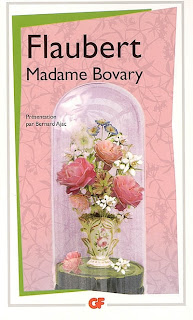 
Messieurs, M. Gustave Flaubert est accusé devant vous d'avoir fait un mauvais livre, d'avoir, dans ce livre, outragé la morale publique et la religion.  M. Gustave Flaubert est auprès de moi; il affirme devant vous qu'il a fait un livre honnête; il affirme devant vous que la pensée de son livre, depuis la première ligne jusqu'à la dernière, est un pensèe morale, religieuse, et que, si elle n'était pas dénaturée (nous avon vu pendants quelques instants ce que peut un grand talent pour dénaturer un pensée), elle serait (et il reviendra tout à l'heure) pour vous ce qu'elle a été déjà pour les lecteurs du livre, une pensée éminemment morale et religieuse pouvant se traduire par ces mots: l'excitation à la vertu par l'horreur du vice.
Messieurs, M. Gustave Flaubert is before you charged with having written an evil book, and of having, within this book, outraged public morality and religion.  M. Gustave Flaubert is at my side.  He asserts before you that he has written an honest book; he declares before you that the conception of his book, from the first line until the last, is moral and religious in nature and that, if its meaning had not been distorted (a few moments ago, we saw what might be considered a great talent for distorting a meaning), the book would be (and it will instantly appear to be) for you what it has already been for its readers, namely an eminently moral and religious one able to be expressed in these terms: the excitation to virtue by the horrors of vice.
(M. Sénard, from the Actes du procès against Flaubert [my translation, excuse the clumsiness], p. 461)
Whatever you make of Flaubert's lawyer's defense here, I think it's fair to say that the first part of Madame Bovary only hints at the "outrages" against morality to come in the rest of the novel.  It's a prologue in nature, but one with enough provocations to suggest why such an "honest" work might have gotten under so many people's skin over the years.  From the outset, for example, it's clear that Flaubert intends to toy both with his readers' expectations and their sympathies.  Madame Bovary is introduced, not with a biography of the title character, but with the back story of the man who will eventually become her cuckolded husband.  Then there's that whole matter of how, as if complementing this narrative misdirection, the novelist introduces the reader to the young Emma Rouault: she's actually a fellow reader in love with the escape provided by literature.  As the first part of the novel winds its way down to the unmercifully jarring conclusion juxtaposing the burning of a wedding bouquet with the news that Emma Bovary has become pregnant, the reader will be forgiven if he or she doesn't know where their sympathies lie.  With Charles?  Emma?  With both?  Neither?  Complicating matters, it's also not clear at this point where the narrator's sympathies lie in this novel subtitled Provincial Ways.  Introducing himself as a schoolmate of the young Charles Bovary who helped welcome the country bumpkin to his new school by razzing him, the storyteller quickly disappears into an omniscient narrator role to tell the story of the Bovarys' dysfunctional marriage.  Should the tale be seen as a further mockery of Charles by a provincial who knew him?  Hard to say at the moment.  In any event, I'm enjoying the novel up to now--more for its psychology than its prose, truth be told--and thank Book Temptress Frances both for my giveaway copy of the new Lydia Davis translation of Madame Bovary (Viking, 2010, below) and for the opportunity to read it in such fine company with her readalong group.  More commentaries, details and opinions over at Frances' blog.  (http://www.editions.flammarion.com/) 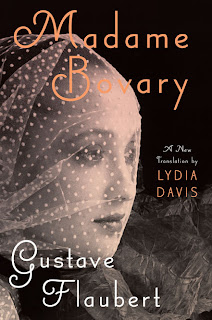 A quick, possibly self-indulgent language note...﻿
Since I haven't read anything book-length in French in ages, I was happy to see that Flaubert's 19th century grammar isn't as complicated as I'd feared.  Vocabulary, now that's another story!  While the vocab isn't necessarily "complicated" either, there are so many words I have to look up...that I feel like Charbovari!  Charbovari! with his remedial Latin.
Will continue trying to keep up with Madame Bovary in the original language.  Have been reading that first and then following it with up Lydia Davis' swanky new English translation.  The pace of the readalong is about to pick up substantially, though, so we'll see how the plan goes.
In the meantime, the secret word for the day is redingote.  A very useful word if you ever want to compliment somebody's frock-coat en français.
Publicadas por Richard a la/s 12:53