If the rest of Karl Kraus, Apocalyptic Satirist: Culture and Catastrophe in Habsburg Vienna (Yale University Press, 1986) is even half as rewarding as its first chapter, I'll have to buy the book instead of just keeping it out on semi-permanent loan from the library.  That'd make it much, much easier for me to get through the following 21 posts on Kraus that I know you'll be eagerly waiting for before I take on Timms's 2005 follow-up.  In the meantime, let's take a closer look at "Vienna 1900."  Timms, Research Professor and Director of the Centre of German Studies at the University of Sussex according to Wikipedia, gets things off to a fine start by pointing out that "the silhouette of Vienna, darkly illuminated on the cover of Die Fackel, marks out the horizon of Kraus's world...  It was here that he wrote, edited and published the 922 numbers of Die Fackel which contain his life's work" (3, ellipses added).  What's so fine about that?  The answer comes in the following paragraph where Timms explains that "this lifelong attachment to the city he reviled is one of the paradoxes of Kraus's career.  It also defines the nature of his achievement.  It is not the great world of European politics but the local affairs of Vienna that provide his theme...  Even when his theme is the breakdown of western civilization, it is still in the Kärntnerstrasse that he finds the motifs for his satire" (Ibid., ellipses added).

After declaring that Kraus's "passionate parochialism" is one of "the primary fascination[s]" of his writings (Ibid.), Timms turns his sights on fin-de-siècle Vienna to explain why the city and the satirist who reviled it were so well suited to each other.  In between three separate anecdotes about Kraus either being assaulted by different victims of his satire or having to call the police to stop his first play from being "wrecked by enraged spectators" (6), Timms sketches a portrait of Vienna in which an audience particularly receptive to satire, a lively literary coffeehouse culture in which various intellectual circles intermingled, and tensions between the city's avant-garde and conservative cultural factions all uneasily coexisted: "Conflict rather than conciliation was the keynote," we are told, "not only for Kraus but for his whole generation of Austrian iconoclasts" (Ibid.).  According to his biographer, Kraus's circle, which met at a place called the Café Central, "was at the centre of the system" based on its "decisive influence" on the other groups (9).  This leads us to two Walter Benjamin-like telling insights about Kraus the man which help us better understand Kraus the writer (both also from page 9): 1) "Although he adopts in Die Fackel a stance of embattled isolation, he was in truth a convivial person who by 1910 had gathered around him an amazingly gifted circle of writers and artists"; 2) "His position is paradoxically poised between the exclusivity of this élite and the appeal of Die Fackel to a wider audience.  In insistent declarations he claims for his writings an artistic autonomy which transcends the mundane concerns of his readers.  But if he was writing his magazine for posterity, he was selling it to his contemporaries."  Selling it indeed: the first issue of Die Fackel sold nearly 30,000 copies!

For somebody with only the most rudimentary grasp on the history of the Austro-Hungarian Empire (Q: Who was Franz Ferdinand?  A: The name of both the assassinated archduke and that of a crappy Scottish rock band), I was happy to see Timms spend some time contextualizing Vienna's role within the empire next.  Citing Kraus's 1914 "prophetic phrase" that Austria-Hungary was and would remain an "experimental station for the end of the world" (10), Timms fast forwards through several decades of history to make the case that the Habsburg state, riven by rapid population growth, antisemitism, and the difficulty of maintaining unity in a land recognizing fifteen official languages among other stresses, was "essentially medieval in character" (12).  The architect Adolf Loos, a Kraus ally whose "threateningly modernist building on the Michaelerplatz" provoked Vienna's City Council into taking out an "injunction" against it in protest (6), is elsewhere reported as remarking that "while he was living in the year 1908 his neighbour was living in 1880, while there were peasants in the Austrian provinces still living in the twelfth century" (19).   Although I won't go into all the details since they're too complex to summarize in a limited amount of time, here are two good thumbnails of Timms's writing style and critical acumen.  The first has to do with the main capital (Budapest was the site of the other capital):  "The unified city culture was essentially a myth, concocted by writers encapsulated in their coffee-houses.  The reality of working-class experience hardly impinged on their pages, although it is clearly enough recorded in the memoirs of less privileged contemporaries.  Kraus, like other members of the intellectual élite, had no contact with the cultural aspirations of the working class, until he swung his support behind the socialist cause after the collapse of the Empire" (16).  The second has to do with the nation: "Since the two decisive intellectual movements of modern Europe--the Reformation  and the Enlightenment--had left the Habsburg Empire intact, a multinational state based on anachronistic principles survived into a century which was fundamentally hostile to them" (12).  The importance of this decline in regard to Kraus's writing?  According to the critic, "Kraus's satire is the expression of a civilization inwardly disintegrating."  Mentioning the high suicide rate in the Austrian army and among intellectuals, he adds: "It is hardly surprising that in Kraus's writings (as we shall see) suicide becomes a recurrent symbolic motif" (18).  Perhaps that's a good place to pause for now. 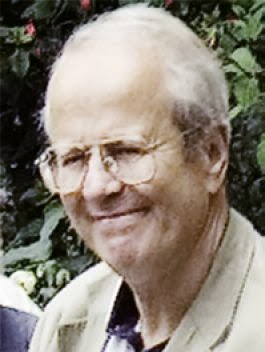 "Vienna 1900" is the first of three chapters from Part One (City, Masks and Torch) of Edward Timms's Karl Kraus, Apocalyptic Satirist: Culture and Catastrophe in Habsburg Vienna (New Haven and London: Yale University Press, 1986, 3-29).  A teaser for the rest of the work: "The spheres of activity on which this book focuses - journalism, the theatre, prostitution and the enforcement of morals, theories of the unconscious, architectural design, advertising, technology, the problems of language, and the role of the artist - are only apparently 'unpolitical'.  Each of these spheres contributed to the masquerade of Austrian public life, which reached its climax during the First World War in the 'Tragic Carnival'" (28).
Publicadas por Richard a la/s 03:10