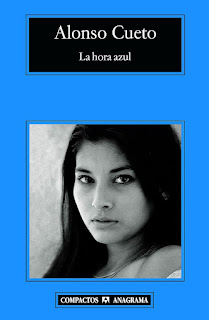 Adrián Ormache, the pseudonymous narrator of the intense but relatively no-frills/memoir-like La hora azul [The Blue Hour], is a well off Lima lawyer who undergoes a major midlife crisis of sorts when he learns a terrible family secret after the death of his parents: his father, a high-ranking military officer during the government's war with Sendero Luminoso [Shining Path], not only tortured terrorists and alleged terrorists alike during his time in rebellious Ayacucho but also kept a local teenager hostage as a sex slave before she managed to escape her foreordained execution.  The younger Ormache's search for understanding of his father's actions and his more and more obsessive quest to meet the woman who got away lead him on a cross-country trek through some of the moral and geographical bloodlands of recent Peruvian history even as the character's day to day experiences in class-conscious Lima prove that coming to grips with the social and economic roots of those horrors years later is akin to picking at a guilt-ridden scab.  In less subtle/more highly strung hands, La hora azul could have done a real disservice to its traumatic subject matter.  Fortunately, even a less than convincing love story was only a minor distraction in a sobering novel which seems to suggest that suffering the venom of everyday prejudice--e.g. Ormache's wife's snide complaint that he would deign to have an affair with "una india cualquiera" ["some random Indian woman"]--is the only solace that many poor and dark-skinned Peruvians could hope to expect for surviving being stuck in the middle between Sendero and the soldados during the time of the atrocities.  Unsettling. 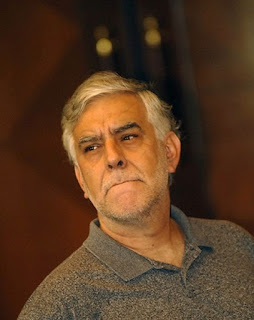 I read La hora azul with Spanish and Portuguese Lit Months 2018 in mind, an annual event now taking place with Stu of Winstonsdad's Blog and others throughout July and August.  Stu first brought Cueto's The Blue Hour to my attention back in 2012 here, a shame it took me six whole years to follow his lead.
Publicadas por Richard a la/s 03:20